The Guns of the South by Harry Turtledove – My Review

harry turtledove, the guns of the south

Published on  September 22,1992, The Guns of the South by Harry Turtledove is a great time travel novel that will sure capture your attention and will let your imagination run wild. So…. welcome again in the wonderful word of time  journeys:) 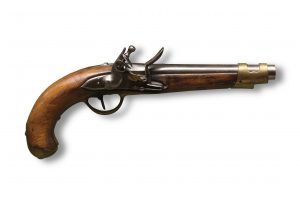 January 1864—General Robert E. Lee faces defeat. The Army of Northern Virginia is ragged and ill-equipped. Gettysburg has broken the back of the Confederacy and decimated its manpower.

Then, Andries Rhoodie, a strange man with a muttered accent, approaches Lee with an extraordinary offer. Rhoodie demonstrates an amazing rifle: its rate of fire is incredible, its lethal efficiency breathtaking—and Rhoodie guarantees unlimited quantities to the Confederates.

Although The Guns of the South is not the first novel to explore the consequences of a bunch of time travelers bringing future technology to the past, it holds a special place in Alternate History’s collective heart. Harry Turtledove’s singular novels are often far better than his multi-volume sets and The Guns of the South shows his talents before he became famous and stopped working for his pay. 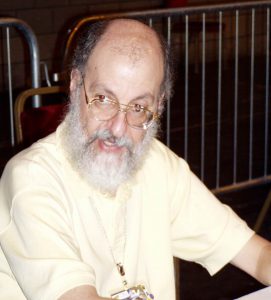 The basic plot of The Guns of the South covers the arrival of a mysterious bunch of men from Rivington (a fictional town in Virginia, USA) in General Lee’s camp in early 1864. The visitors, calling themselves America Will Break (AWB; think about it), offer Lee advanced technology, including AK-47s, to help him win the war. It rapidly becomes clear that the visitors are refugees from post-Apartheid South Africa, intent on creating a state that will assist South Africa in the 20th Century. Seen through the eyes of General Lee and a lowly soldier in the Army of Northern Virginia, the CSA is rapidly revitalised and goes on to capture Washington and secure their independence.

But the story doesn’t end there. Turtledove’s characters see what life in an independent CSA might have looked like, including a return to old and dangerous habits – and slavery, of course. The post-war discussions over reparations and who gets what piece of territory are fascinating. When Lee runs for President – and wins, apparently on an anti-slavery platform – AWB sets itself against the CSA, leading to a mini civil war in the CSA and the eventual defeat of the organisation and the end of slavery within the American South. There are even hints at greater changes, with weapon-making technology taking a step forward and a major clash developing between the UK and the North. The book is remarkably fascinating.

Turtledove is quite convincing when he discusses the limitations of the future knowledge and tech. The news that one side is going to do something will change history, rendering the newcomers as blind as any of the South’s generals. Their tech has limits – the capture of Washington is a very close-run thing – and even the best at their disposal is insufficient to save AWB from the CSA Army. Computers, present with the AWB men, are not a renewable resource – once they’re gone, they’re gone.

The general atmosphere of the book is quite convincing in many ways. It’s easy to see Lee, Davis and his fellows operating as they do in the book. Lee changes with the times, while Nathan Forrest, the founder of the original KKK, remains a hard-line bastard. The more general details are right as well, some of them quite fascinating in their own right. One of the men of the CSA Army is actually a woman, who dressed up as a boy to see how the war was being fought.

It’s worth noting that there are some minor problems with the overall story. The first lies in the details – Turtledove ignores the presence of two additional bridges in Washington that Grant could use to bring troops into the capital and move to counter Lee’s bold stroke. The battle might still be winnable, but it wouldn’t be ‘easy’ – and Turtledove never portrays it as easy.

The second problem lies in the way that slavery was dealt with. The CSA never had a united war effort. Davis might have been President, but powerful state governors and vested interests always played silly buggers with the war effort. (See Dixie Betrayed orLook Away: A History of the Confederate States of America for details.) It is unlikely that the formation of a post-war CSA would be easy, or that there would be so little resistance to the end of slavery. Slavery was, like it or not, a very important part of the CSA’s economy and constitution. (It was actually protected by the constitution!) Simply doing away with it would be costly and troublesome. It is unclear if this would solve all the CSA’s problems overnight, even if Lee succeeded in banishing slavery. I’d bet good money that most of the costs of slavery would be repaid by taxes on the newly-freed blacks, who would be unable to pay them and end up sinking back into debt or becoming ‘free’ sharecroppers.

The premise of the story is not new, having been used before in Harry Harrison’s A Rebel in Time and Charles L. Harness’ “Quarks at Appomattox” and that is of

someone going back in time to give aid to the Confederacy. In this case,it is Afrikaaners from the year 2014 who have decided to smother that pernicious concept of racial equality before it ever reaches South African shores. To this end, they show up at Robert E. Lee’s encampment in January 1864 and offer to provide the entire Confederate army, both Lee’s Army of Northern Virginia and elements elsewhere, with AK-47 automatic rifles. After a demonstration of that weapon’s capabilities, Lee readily accepts.

Back to our story

Marse Robert is, however, not without his suspicions. The strangers, who only state that they’re from Rivington, North Carolina, have other strangely new technology besides automatic weapons, and the cost at which they are selling the guns to the Confederacy is ridiculously low. Six weeks later, when the strangers demonstrate uncanny advance knowledge of Kilpatrick’s cavalry raid on Richmond (in our history an embarrassment to the Union; in this book a rout before it barely commenced), he puzzles out that they must be from the future. When he confronts their leader, Lee is told that they have come back to prevent the North’s vicious postwar subjugation of the South, implemented by Abe Lincoln and his successor, Thaddeus Stevens.

This sounds well enough to Lee and he now happily accepts their aid in the soon-to-occur battle of the Wilderness, details about which they provide. When that battle begins May 4, it immediately becomes an overwhelming Confederate victory, and by the end of the month, rebel troops have occupied Washington, DC, captured Lincoln and forced the end of the war.

Sounds like quite a story, right? And to think that’s only the first 175 pages of a 500-page novel. What remains to be told is the history of the CSA over the next four years (particularly the settlement of the border between USA and CSA and the Confederate presidential election of 1867) and of their relationship with these men from “Rivington”. To tell the tale, Turtledove has essentially employed two main characters. One of course if Lee, and the other is a member of the 47th North Carolina, a sergeant named Nate Caudel (who actually existed, though Turtledove has presumably invented much of the detail about him). Following the war, Lee continues to serve the govt in various capacities, but Caudel is mustered out and returns to his home town, which lies near Rivington.

Finally, the book dragged a few times, as the attention to the details of everyday life for both main characters (Lee and Caudell) started to bog down the story, in spite of the fact that I realize this was just a way to “back door” more information about society back then. In a few cases, many readers would have preferred a little less education and a little more action. But this is only a minor point. The bottom line is strongly recommended.

Go an relax in your comfy sofa with thw book and when you finish…just tell me your opinion:) Me…. i really liked it . I think is a good read:))

Nice to have you around again:))