Time Portals On Earth – Would You Go Though? 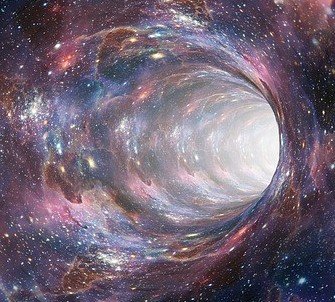 Do you believe that except all those physics theories, there are natural time portals on Earth, right here near to us?

First of all lets talk generally about time portals. Is it science fiction only? No! NASA proved that portals that connect different universes, different time lines really exist. The only problem is just how to find them. but now there is a solution and the researchers at the university of Iowa have finally found it.

What are these portals exactly?

They are some places where the magnetic field of our planet connects to the magnetic field of our Sun and are named x-points. They create a path to the Sun’s atmosphere, 93 million miles away. But where are these portals located? They are located actually where the geomagnetic field meets the solar wind, tens of thousands of Kilometers away. They open and close many times every day. Portals can have different sizes, from very small, to very big. Scientists said that these portals to other dimensions transfer huge amount of magnetically charged particles. 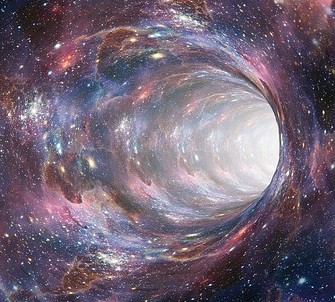 Jack Scouter, a plasma physicist claims that these portals are unstable, they open and close without any sign and they are invisible so you cannot see them and it is a problem to find them. But, Scouter found a solution to this problem, he found a way to detect these x points. So here I will tell you his words.

“In the late 90s NASA ‘s Polar space craft spent years in earth’s magnetosphere and it encountered many x -points during its mission. Using Polar data we have found five simple combinations of magnetic field and energetic particle measurements that tell us when we ‘ve come across to an x-point or an electron diffusion region. A single spacecraft, properly instrumented, can make these measurements’.

David Sibeck, a space physicist of the Goddard Space Flight Center, said that ten years ago he would certainly believed that portals didn’t exist, but now the evidence is too obvious .

In March 2015, NASA launched this MMS mission to study the time portals and the results were amazing. Opening and closing many times they allow their energy particles to move from the Sun to Earth.

It is not a secret anymore. Portals are hidden in our magnetic field and there are a few places that could be time gates to the unknown. One of them is the Sedona Vortexes also called The Doorway To The Gods.

Sedona, a small place in Arizona, was for the natives of one of the most sacred city and was called once Nawanda. 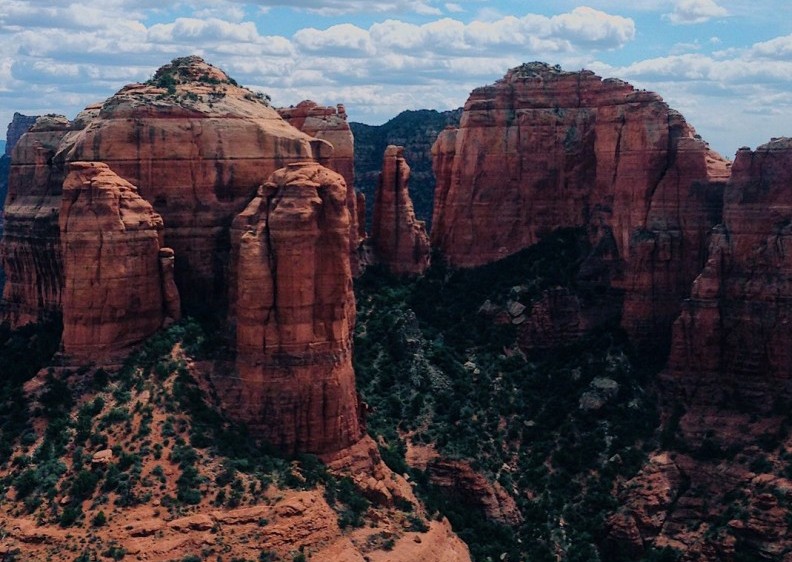 Vortexes, portals in time to other dimensions are created by the Red Rocks from the desert and natives believe that they are spiritually charged. In them mountains a stone arch is called ‘Doorway Of The Gods’ and strange sounds were heard in Arizona’s desert coming from the stones. If you want to hear a story about this place here it is.

It was in 1950 when a native tribes man told to a group of treasure hunters a legend dating from 1800 when three ancestors of his tribe discovered the archway, and when one of them tried to go through this, he disappeared. The other two frightened thinking that was a sacred land left. He also told them that he himself saw a strange thing at the gate., While riding in the desert, a strange storm, grey clouds came from nowhere. He wanted to leave but he saw that through the arch the sky was blue and clear. He went closer and he saw the that mountain was the same, just the sky was different. Anyway, scared he turned and left for home.

This is one strange story that may have some truth inside.

Another place with the ability to transport people to other dimensions, maybe other timelines, other universes is located in Egypt, Abu Ghurab named and The Place Of The Gods. 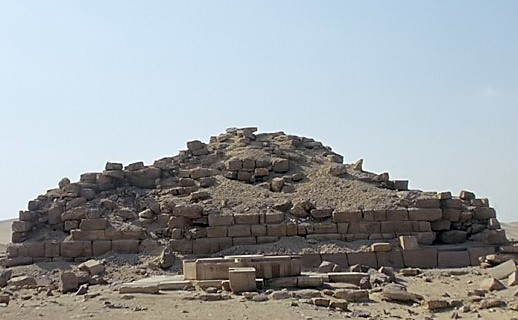 The Abu Ghurab’s pyramids are one of the oldest sites on the earth. There is an ancient platform made from Egyptian crystal, alabaster. It is said to open a way for a person to communicate to the higher energy of the Universe. It is actually a Star Gate and the sacred energy are the gods named Neters. There are legends about how they could travel from their home (Pleides Star System) to our Earth on a wave of sound. Proof that these legends may be true and signs of advanced technology used are the perfectly circular and very precise markings drilled into the crystal.

See also  A Sound Of Thunder By Ray Bradbury

Again in Egypt, another strange place where we find proves that time travel is real is Abydos.

Abydos is one of the oldest cities of the Ancient Egypt, the most interesting, the most important and the most studied in Egyptology. Proof of time travel are the futuristic hieroglyphs from the Temple of Seti showing modern flying devices like a helicopter and even a flying saucer. How could they draw this if they didn’t see it? So the ancient Egyptians maybe knew more than we think.

A legend talks about a lady named Dorothy Eady. She claimed to be the reincarnation of an Egyptian girl, the lover of the Pharaoh Seti. This peasant Egyptian girl named Bentreshyt was pregnant with the Pharaoh child but she killed her self before finding out about the child. How did Dorothy know all these things? She could transcribe ancient Egyptian text and she knew all the secret chambers, the gardens which were buried a long time ago and she even knew where the archaeologists should dig to find the remains of the ancient city. People saw Dorothy trying to press some stones like she wanted to open a gate. Actually, she was talking about some secret door used to be there.

In 2003, a military aerospace engineer, Michael Schratt said that Abydos was sitting on a natural portal and is not strange at all that the US Government was suddenly interested in this place. Schratt claimed that the US. Government was  actually using this gate.

Is this just a legend? Are the hieroglyphs showing Egyptian boats carrying people to another world (very similar to what we know today as a wormhole) proof of time travel? Was this what Dorothy looked for, the star gate?

There are quite a few places like this. What about the ancient stone arrangement in the lake Michigan?

In 2007 scientists were searching for the remains of shipwrecks in the Michigan Lake waters.While searching an interesting discovery was made by professor of underwater archaeology Mark Holley and his colleague Brian Abbott, a stone structure twelve meters deep in the Michigan Lake.This structure is about 9000 years old and is similar to Stonehenge. Until now this was a secret, because the native Americans didn’t really want a huge number of curios tourists to disturb them.  Because of a few disappearances this place was also named Michigan Triangle.Many scientists believe this is the remains of a Star Gate.

Now we will go to England, Wiltshire. Many of you maybe already know about Stonehenge.

This ancient rock formation is one of the most famous place on the Earth. It is also a very debated and studied archaeological site in history and the main question is why it was built. What was the purpose of this site?

Scientists and Historians claim that the age of this stone arrangement is bout 5000 years old and was made from bluestones brought from a place 386 km away. But we have also different opinions. Brian John, a famous geologist said that when 5000 years ago the first settlements had been built, Stonehenge was already there is any proof that the quarry mentioned before even existed,

The ancient site is believed to be an energy portal and this theory is supported by some legends (real stories actually). It was in 1971 when a group of hippies at that time tried to feel the vibrations of the place and vanished .

A policeman who was nearby and a local farmer remember seeing a blue light coming right from the group of stones. In the night, around 2 am, a sudden storm and lightening started.

The policeman went to see what was happening and all he saw was a strange tent peg and the remains of a camp fire.

I will tell you one more story, one more strange place that is probably a Star Gate, a portal. Did you hear about the Ancient Sumerian Star Gate At The Euphrates River? 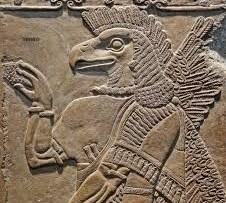 So, there is an ancient Sumerian seal, where you can see a god passing through this portal from his world to ours. Also an evidence of time travel is Ninurta, here in the image . You can see he is wearing a modern watch and he is pressing something like a button on the gate. Is he trying to open the Star Gate ?

Eizabeth Vegh wrote some books about the Sumerian gods and she claims that they used Star Gates in the ancient times and one of these portals is just under the ruins of the Mesopotamian City. Is there a Star Gate in the Euphrates River?

She also said that even the bible speaks about the presence of the Star Gate, in Chapter 9 of The Book Of Revelations. I have written here for you the words and think about the meaning:

‘Then the fifth angel sounded his trumpet, and I saw a star that had fallen from heaven to earth .and it was given the key to the pit of the abyss. The star opened the pit of the abyss and smoke rose out of it like the smoke of a great furnace , and the sun and the air were darkened by the smoke from the pit. And out of the smoke locusts descended on the earth…’

So her interpretation was that the abyss was used in the ancient texts as a portal.

Now what is your interpretation of those words?

One more Star Gate on the Earth is The Gate Of The Sun in Bolivia, Tiahuanaco. 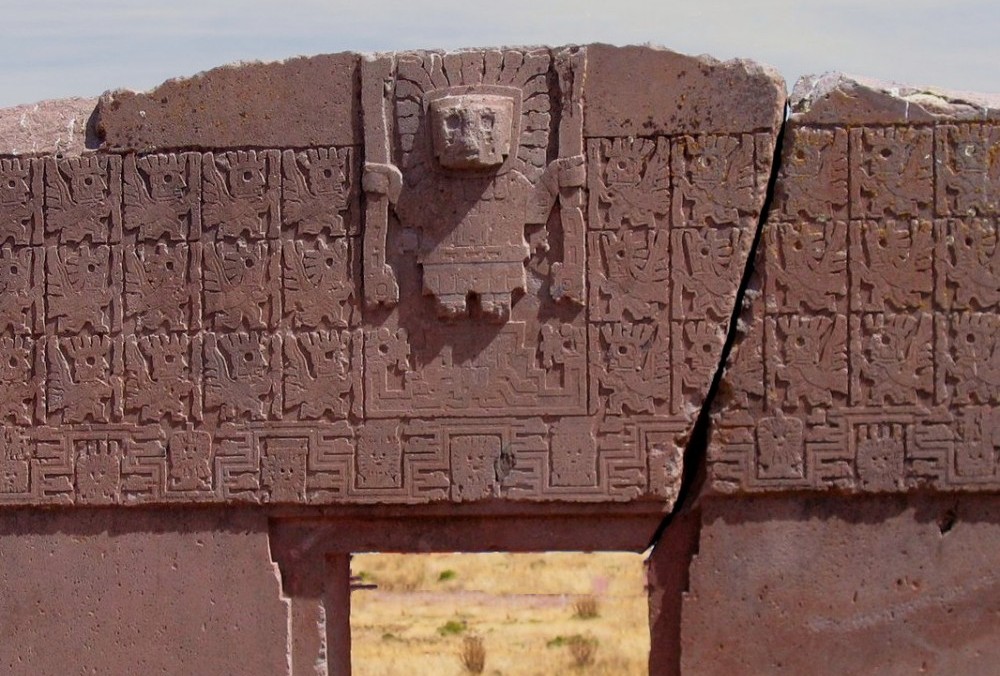 Tiahuanaco is an ancient place in South America and are many legends about this time and space portal.One legend said that Viracocha, the Sun god, came in Tiahuanaco and made it the place where he create humanity.

This site is carved from only one block stone and its age is about 14000 years old. On the gate you can see humans wearing rectangular helmets and researchers think that the purpose of the gate is to connect to other universes.

In the Middle of the Arch, on the top, you can see the sun god with rays of lights . This gate is standing up now but when European explorers found it around 1800 AD it was laying down and had a crack to the top right.

What really happened nobody knows.

There are more places energetic charged, with strange legends around the world and I will try in further articles to write more about. Would you pass through one of those Star Gates to see another Universe, another world?

If you have ever heard any other legends or you know about any Star Gates you are welcome to tell me. History goes like this, from person to person so I am waiting for your stories:)

If you are interested in more legends and books you will find them by clicking below.