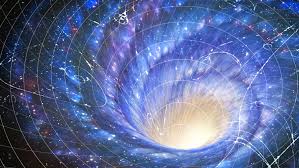 Hello my time travel movies fans 🙂 Yesterday night I watched a wonderful film and I wanted to share it with you. If you didn’t see the ‘Paradox’ time travel movie you should:) Maybe it is not a very new or original concept but don’t worry, I am not talking from the point of view of a cinema critic.

I, personal, really enjoyed it and it kept me with suspense until the last moment. Of course, paradoxes are created by traveling in the past…you end up to not know which one is the real present. This is my feeling. When this movie finished…I really wanted a time machine 🙂 but at the same time… I know it would be a disaster if one would exist and be available for anybody:)

‘Paradox’ was released in the USA on 15 April 2016, directed by Michael Hurst.

This time travel film was produced by: 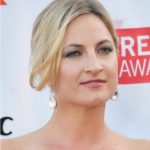 I think now it is time to tell you the story but sorry to not reveal to you all the details but I don’t want to spoil your moments:) 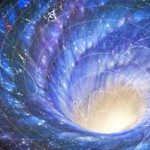 A group of scientists, young MIT graduates are working on a time travel secret experiment. Project 880. They want to test their time machine by sending one of the team members one hour into the future. The project is sponsored by a rich man Mr. Landau.

NSA wants to know what is happening behind the closed doors of the warehouse where the scientists are and two agents are outside, waiting for the right moment when Mr. Landau comes and all team is ready to try the new time machine.

Grace, an NSA agent, has been part of the team for two years but nobody knows her real identity, even her boyfriend Jim one of the team members. Who else takes part in this experiment? A young scientist in a wheelchair after a car accident named Lewis, astrophysicist Randy Fraker and a rich boy William are part of the team.

At 11 o’clock the experiment starts and because of a huge amount of energy needed, the entire city has a blackout.

See also  If I Hadn't Met You On Netflix

Jim is sent into the future by one hour and returns telling them to stop the experiment because in the next hour everybody will be dead. But as we all know you can change the future, and from that moment the paradox starts.

Jim tells them that at 12 midnight when he arrived in the future, he saw the body of one of them decapitated and blood everywhere. They try to understand who did this. They couldn’t believe it was one of them. 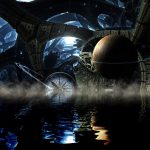 Jim tells them that he saw a masked man pulling Grace into the elevator and that Lewis gave him a video camera before he dies.

The two NSA agents enter the building but because of the blackout, they can’t take the elevator to the place where was the team.

Landau sends Bill forward to 11 50 pm to see when happened before Jim’s arrival but his head comes back in the present immediately. The best way to stop this is to send one of them in the past, to warn them to not come. Randy disagrees with this idea because if they change the future it will create a temporal paradox.

Looking to what Lewis’s camera had recorded Randy sees his death and decides to take the risk to go and try to stop them coming into the warehouse.

But…WE CAN’T CHANGE THE FUTURE! Randy tries to call Mr. Landau but he can’t find him. Finally, he is killed by the masked man before to be able to contact anyone.

Back in the present, they all try to find out who the killer is. It is sure that the killer should be one of them, and the first one they suspect is Mr.Landau who suddenly disappeared.

Looking through his things they find a disc that proves Landau is from the year 2029, a fact that explains his sudden fortune, his inexistent past…

Of course, I don’t want to reveal to you who is the killer but when finally they catch Landau and interrogate him. He admits that he is from the future but says that he is not the killer.

Landau reveals that behind the whole time travel project and the stock market, is a person called Max Devlin whose identity is unknown in 2029.

Surprisingly, at some point, the killer frees Landau and tells him to press the ‘the red button when the time comes’.

Finally left alive are only Grace, the killer, and Jim. At some point the killer takes his mask off in front of Grace while fighting and who is it? it is a future Jim with a bandage on his eye.

So …Is Jim actually Max Devlin? 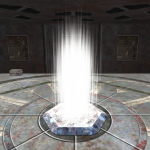 Here I will stop. I will not reveal to you the truth. Who is the killer? Who is Max Devlin? You will be very surprised when you will find out 🙂 here is the twist:)

So… enjoy the movie until the last minute, and see if the end is the one you expected. Let me know.

You can see also in alphabetical order: 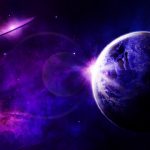 The scenario was written by Michel Hurst and the music is by Alexander Borstein.

I think you will enjoy your evening watching this movie:). The time paradoxes will make you keep guessing who is the killer, who is Max…

You can observe a few film mistakes if you look from the professional point of view. Is it possible in a building the only means of transportation between the floors to be the elevator? No stairs, no other way?

Bjorn Alexander has difficulties in hiding or not his Norwegian accent.

But as a viewer, I don’t really give attention. I just enjoy the movie.

So, relax on your sofa, see the movie and then tell me your opinion 🙂

==> for further viewing and reading click below and you will find many film reviews, videos,books and even a great films shop<==