The Black Hole In Space-What We Know About It 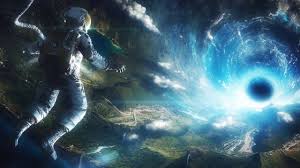 After reading a few articles, one friend asked me What is the black hole in space so, I decide to write today a few words about it.

What is really a black hole? 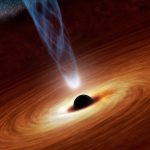 I will try to explain it to you in simple words because I am sure we are not all scientists and we want to understand this mystery. Maybe you ask yourself how you can find one to time travel 🙂

The name was given in 1967 by John Wheeler, an American astronomer but the black holes were first predicted by Albert Einstein in 1916.

The first back hole was discovered in 1971.

What exactly is a black hole?

It is nothing but empty space actually. It is a place in space with a very strong gravity that even the light can’t go in. It is a small place where a big amount of matter is squeezed together.

If they are black, how can we see them? Actually, we can’t. They are invisible. Only space telescopes and other special tools can show how stars are acting when they are close to one black hole and this is how we can understand what they are.

What about their size?

Starting from the smallest one, a black hole can be the size of an atom and it has the mass of a huge mountain. These black holes were named by the researchers, primordial black holes. 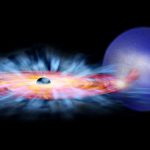 The next category is the stellar black holes, of a medium size. Their mass can be twenty times more than the mass of the sun. In the Milky Way Galaxy (our Galaxy) can be found very many, a few hundred million stellar black holes.

They were spotted by the astronomers only when another star goes close to them and the gravitation of the black hole snare the matter surrounding.

Now let’s talk about the real giants, the supermassive black holes. Their mass is millions of times (or even billions) bigger than the mass of the Sun. The astronomers claim that a giant black hole can be found in the center of every Galaxy. The gas and the matter around them allow them to grow huge 🙂

How were the supermassive black holes formed? … it is not sure. Maybe from many small black holes together or maybe from a group of stars collapsing together?

The last category, the middle sized black holes were believed to not exist until recent evidence from Hubble, Chandra and XMM Newton.

Black holes have three parts: the outer and the inner event horizon and the singularity.

Yes! I know …. I asked myself the same thing in the beginning. What are these things I am talking about?

The event horizon is the space around the mouth of the black hole, with a huge gravitational force, where the light doesn’t escape. Anything which crosses the inner horizon is not able to leave.

The singularity is the center of the black hole where all the mass is concentrated. 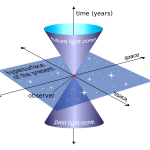 The beliefs were that if a matter enters a black hole it is gone forever but this theory changed.

Experts at the University of Valencia say that if a person goes into a black hole, this portal will cause stretching of the body like spaghetti because of the gravitation and once reaching the other black hole, the exit of the portal they will be shortened to the normal size.

But can a human body resist? Would we be alive? No! Your death will come before you reach the singularity.

But how could be possible then? To time travel in a black hole?

There is one way.

Maybe you heard about wormholes

What is a wormhole? A wormhole is formed from 2 mouths (2 black holes) and a throat connecting them. Einstein predicted the existence of the wormholes in his theory of general relativity but there are a few problems.

Wormholes are just theoretical passages to space and time that can bring us to other universes and help us to travel in time.

Why just theory? There are dangers? Yes there are a few but also theoretically there is a way to fix problems such as a sudden collapse of the wormhole, dangerous contact with the exotic matter and high level of radiation. 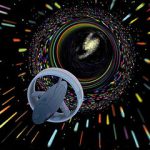 First of all, wormholes are very small, on microscopic levels. Of course maybe somewhere in the unlimited Universe their size increases. This we still look for. It is not impossible.

Einstein’s theory is great, perfect, amazingJ but he didn’t know something. The wormholes collapse very quickly so they have no stability.

How can we solve this? Latest researches found out that if a wormhole contains enough exotic matter it could be theoretically used for time travel. This exotic matter, if is not natural, can be artificially added.

What is the exotic matter you will ask? Exotic matter contains negative energy density and negative pressure.

But unfortunately, today’s technology is not able to stabilize the wormholes. 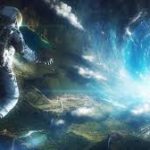 In the next future…who knows…maybe we will find our way to other universes…to stop this barrier of space and time travel. As I said in another article this is one of many ways of time travel that is not cleared yet.

Quantum Tunnelling, Time Wrap Fields, and the Circulating Light Beams are still the only technology that can make possible our journeys through time. But about these, more details will come in future articles:)