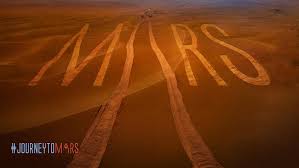 Would you think I am talking about a sci-fi film? No! Time travel and Mars planet are CIA researches now for about 40 years.A colony on Mars In the future? Or maybe was built a few decades ago? Actually was built in the 60s but in the future. How is this possible? Mind-blowing isn’t it? 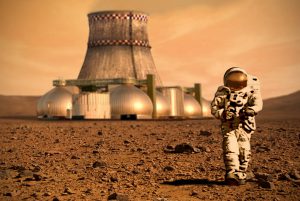 We have the claims of a great mind like Basiago, of two former National Security Informants, and of other few people present at those experiments.So I think is worth giving them attention believe it or not.

So Bernard Mendez and Brett Stillings admitted that they were present and part of the jump rooms experiments and they confirmed also the claims of Andrew Basiago about the participation of young Barak Obama ( Barry Soetoro).

They confirmed that in 1967 The US Government had a fully operating time travel facility, Even before humans landed on the moon.Is this possible? How was built this space elevator?It is speculated that after the death of Nicolas Tesla, CIA confiscated all his work about teleportation and the construction of the jump rooms was built on tesla’s quantum access technology.

I will not tell you about the approaching of the next presidents, of CIA, about the Obama’s teleportation to Mars but  If Basiago claims all these, shall we believe him? 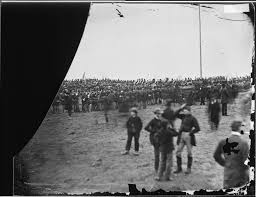 Recalling his memories from his childhood Basiago said that his father Raymond Basiago and other important persons in CIA wanted the disclosure of those time travel experiment.

Michael Relfe was in the Navy in 1976 when he was recruited for a secret time travel project. He spent 20 years on one colony, military base on Mars, helping, expanding and maintaining it.Those secret military bases were serving as strategic points for defense and research. How were they kept secret? He claims that they were built in the future and those who were serving and working there were aged-reverse. erased their memory and sent back when discharged.

Michael had a special training, carried out via mind control technology.His training included hipno-programming, advanced psi- training and learning, implants time travel and psi- enhancing drugs.Those details we know from a 300 pages document wrote by his wife, Stephanie Relfe, Named ‘The Mars Record’ She helped him to recall his memory and deprogramme the mind-control programme, using kinesiology and biofeedback learning sessions.His case is very special for this reason.

Is this real or a sci-fi story? What do you think?

William Tompkins is a retired aerospace engineer who gave many details about the secret space operation in his book ‘Selected By Extraterrestrials’ and his interview.Tompkins wrote about two space programmes in which he was involved.

The second one was his involvement in the US Navy Secret Space Programme called “Solar Warden” This project become operational in the 80s. His was working at The Douglas Aircraft Company from1951 to 1963 and he provided the draft design of a huge spacecraft and military bases located extraterrestrial.

Tompkins proved his claims with documents provided in his book and in one interview in  2016, documents which also confirmed his involvement in a Navy Led Espionage programme.

In 2017 Stephen Hawkins, an exceptional physicist, said that humans days on our planet Earth are numbered, and the only solution is to colonize another planet within the next one hundred years.If not is possible the human race will be extinct.

Is Mars our new home? Is it possible to colonize the red planet? Twenty years ago NASA sends a spacecraft on Mars, and with the help of one robot, the scientists working at NASA received a lot of information about this planet. Now there are Eight robots on Mars and water was discovered, making possible the human life. Do you think there is hope one day well be there?Not that everybody like the idea, isn’t it?:)

What said Hawkins about this:

“We are out of space, the only place to go to are other worlds.” “The earth is becoming too small for us, our physical resources are being drained at an alarming rate.”

So what we know is that in 2020 a new mission on Mars is planned, launch on July 2020 and landing on the red planet on 2021 February.This is a robotic exploration searching  for signs that this planet is habitable,

Professor Brian Cox said that for the first time we have the right technology to allow us to turn into a multi-planet civilization.Scientists believe that this will be very soon and that the first person that we’ ll leave on the red planet is already born.Amazing, isn’t it?

What are the plans? There is an organization named Mars one which has plans for a permanent colony on Mars and astronauts are trained from now to make the journey Earth-Mars in six to eight months. This mission is planned for 2031.Astronauts will live in capsule and will wear special costumes which will protect them from the red planet radiation. 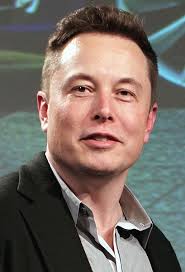 Elon Musk, entrepreneur running Space x has a plan for the first mission on Mars in 2026 with specially designed rockets.each rocked is able to transport 100 people but Musk wants to send 1000 in the next 40 to 100 years.

Good news guys or bad? Depends on how each one sees it. DR, Aderin-Pocock said that she will happily retire on the red planet.She is a space scientist and she agrees that Mars is ideal for having colonies on.

So, maybe what Basiago said, that they traveled on a future Mars colony, or Relfe saying that he was 20 years in a Mars military base, built in the future and then sent back in time, maybe everything is true? All those plans to colonize the red planet are not signs that things like this could happen in the future? What do you think? What is your opinion?

And now a key question:

Would you go to a Mars colony to live forever?

Check this video and then tell me your opinion.

Thanks for reading. See you soon:)