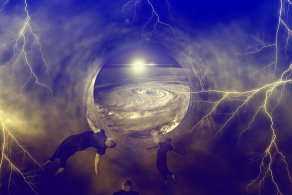 Does inspiration come from science to cinema and has any connection with the MK Ultra mind control experiments? 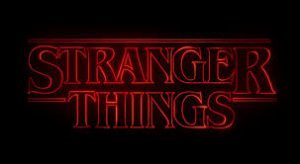 Time travel is a very strange and controversial subject and I have asked myself many times if the inspiration for time travel films comes from real facts and if experiments are taken from science to cinema. So what if we take two things that all time travel fans know about:  The Montauk Experiment, time travel, mind control, and Stranger Things, a 2017 production. What do they have in common?

We know what THE MONTAUK PROJECT was about: time travel, mind control, human weapons, all these experienced on kidnapped children. What is Stranger Things about?: a kidnapped boy in a parallel world, a girl with a psychic power who escaped from a governmental experiment, from a research laboratory.

Actually, the series, with Winona Ryder starring in the beginning, was called Montauk but for an unknown reason, the location was changed and also the title, by Ross and Matt Duffer, the creators of the series. The location was transferred to Indiana, Hawkins.Why is this? They never said. 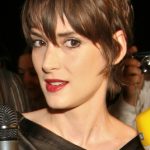 Gaten Matarazzo, starring in Stranger Things when asked if there is any connection between the show and the Montauk Experiment revealed that the idea came from the secret governmental experiments which took place at Montauk in a military airbase called Camp Hero.

Present to the Montauk Project, Preston Nichols, claimed that he was an electrical engineer at Montauk and he was part of a governmental experiment which had the original purpose to interfere humans mind with computers and be able to fly a military plane only with the power of the mind.

¨…it soon evolved into developing a mind-control device. They wanted to flip a switch and have everyone respond to a computer programmed.” ” ΅While they never found a signal that worked universally, they were able to target individuals very well.” Those were Preston Nichols words about the Montauk Project and how did this go to time travel he said:

” Later it was discovered that the individual whose mind was powering the machine could think of other time periods, this machine could generate a vortex there – essentially a time machine. ”

Montauk experiment a source of inspiration

In 2011 a documentary about Montauk was released named Montauk Chronicles. Three interviews with people which took part in this experiment revealed that one hundred thousands people, also took part, many of them children, kidnapped, brainwashed. What was it all about at Camp Hero? It was about mind-control, extraterrestrial contact and of course Time Travel, but all involved murder, kidnapping and brainwashing innocent people.

All those theories we can find in Stranger Things when Eleven, the girl which escaped from the Laboratory born with psychokinetic powers, was taken from her mother and subjected to painful experiments. 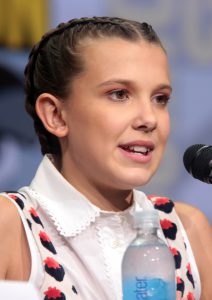 Cris Garetano, the filmmaker, said that the results from those experiments can have an impact on the world even today.

Similar to the show, Preston said that at Montauk they were able to open portals in time like Eleven was doing.

Talking about the Montauk Experiments, Preston said that the most terrifying was the Mind reading device, The Montauk Chair. Preston Nichols was operating it with Duncan Cameron, a psychic.What was it about? A computer was able to show what the person was thinking, a digital representation of his thoughts.If the person was thinking about an object the computer could make it sometimes in a solid form, sometimes transparent.

Like Eleven could hear and see what some people far away were doing and saying, at Montauk, was another experiment which was named Seein Eye.With the help of a personal object or a little bit of hair of the person you wanted to find, concentrating on them, the subjects, could hear through his ears or see through his eyes, even feel through his body. Duncan was one of the subjects of this experiment and he was so powerful, said Preston, that he could see through the eyes of a person anywhere on the planet. Also, like in Stranger Things, Preston Nichols said that Duncan unleashed a monster through the portals created at Montauk.

Talking about these time portals, Nichols said that “Those who travelled through the vortex described it as a peculiar spiral tunnel that was lit all the way down.” 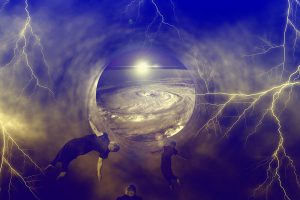 These portals were also to other dimensions, and as Basiago said, Preston confirmed that they travelled even to Mars.When describing this tunnels, Preston said that once walking through it,  you were pulled on the other side.He also said that he was too valuable a scientist and this is why they never let him try passing through the portals.

Have you seen the big monster in Stranger Things? Duncan released at Montauk a huge hairy and terrifying monster with his mind which finally appeared in the Lab destroying and eating everything. The destroyed the Montauk chair and the lab trying to kill the monster. 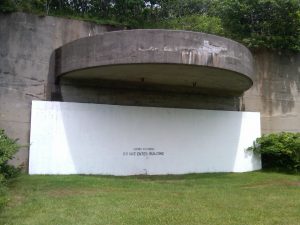 Was everything forgotten? No, Actually Preston said that the employees were brainwashed and in 1984 the base was covered in cement. Now it is a place which you can visit, but nobody is allowed to go in. It is a restricted area.

Preston Nichols said that slowly his memory came back and he remembered everything. Also, Stewart Swerdlow from Michigan is one of the Montauk Boys who now remembers all the terrifying mind control experiments he took part in. He tells us that it was painful, they were playing with your mind and testing your body, changing the temperature from very cold to very hot, or starving you and overfeeding you, trying to see the power of the human mind and body. In the beginning, the children abducted were orphans and drug addicts as to not look for them, but later they were taking children from the neighbourhoods.

Something the Stewart remembers is being beaten with a wooden pole and held in the water until he nearly drowned. In this way, the children were obeying the person who rescued them like Eleven with “Papa”. Stewart Swerdlow, now a paranormal researcher claimed that he went to Mars and then to Biblical Times. Also, he says that many boys were lost in the beginning. Something strange he said that he was not there when the chair was destroyed but he felt like he was unplugged.

Preston, Stewart, Duncan and others claim that beings from another planet also took part in those experiments, believe it or not.

Filmmaker Christopher Garetano said that when he was a child he spent his summers in Montauk and he heard many stories which he didn’t actually believe in the beginning. After film school, he decides to interview himself those people taking part in the experiments and this is how he had the idea for the Montauk Chronicles.

More Military experiments on mind control he mentioned one of those was the Stargate Project in 1978, in which psychics were remote viewing and seeing events from a big distance.

Going to the season of Stranger Things, what we can see is not just a conspiracy theory. Things did happen. So Mk Ultra mind control experiments, or CIA Mind Control, have been done from the 50s to 70s on American people, orphans, homeless but even students giving them LSD drugs without their knowledge so was not kept only in the labs, it was used in schools, colleges, hospitals, prisons. Even on CIA agents, this kind of experiments had been done.

In 1974 when it was uncovered, surprisingly all the CIA files referring to this MK Ultra Mind Control Experiments were destroyed.

Those experiments had as a goal to discover drugs that could be used to weaken a person under interrogation to confess everything through mind control. If you can handle watch the video:

And In Stranger Things

In Stranger Things, we find out that Eleven was born with those powers, and her mother was one of the subjects used in the Hawkins Lab for these MK Ultra experiments. So Terry Ives has a daughter who is affected by the experiments and is born with psychokinesis powers. They claim that she lost her child and Eleven is taken forever from her mother, becoming the perfect subject for the mind control experiments held in the Hawkins Laboratory.

So, in the second season with all these going on we can see between the four central characters, one of the mysterious doesn’t have a name, maybe is even Twelve, and is he maybe another person with strange powers, probably a subject of the Hawkins Lab?

One other power that the CIA was interested in, was hypnosis. So, another character could have this power. Actually in the 1950s hypnosis was studied a lot.

One of the new characters is Roman (Linnea Berthelsen) a drug addict, another looking for revenge. What was her loss? Maybe another child in the Hawkins Labs?

Now science or movie could be the same. A child grows up in the same place with Eleven, having this huge power to hypnotize anyone just with eye contact. His eyes are all the time blindfolded so he can’t see and this is only removed in a special room with a double glass mirror. Can this child be dangerous? He could be an invincible weapon.

If a Poisoned Dart Frog can paralyze people just with a touch, because of the toxins coming through their skin, maybe this could happen and with this child which could paralyze through chemicals oils in his skin or saliva.

But I don’t reveal more…

In the next post, I will come back with more information about what the CIA wanted to achieve in the MK Experiments. and if you have any questions, now is the time to ask:)

Watch this video and tell me what do you think.

Click One Of The Options Below For Further Reading And Resources