The End Of Eternity by Isaac Asimov- My Review 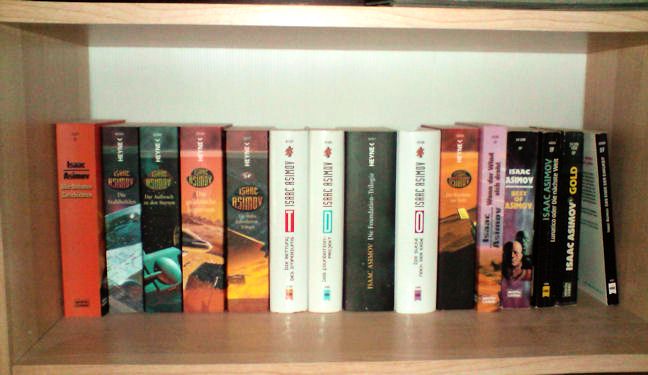 Hello, time travel fans and not only:) Have you ever heard of the story ‘The End Of Eternity by Isaac Asimov?’ This is a wonderful adventure and I am sure this book will make you travel with your imagination in its world. Relax on your sofa and read:)

The End of Eternity by Isaac Asimov is a science fiction novel written by the American writer and published in the year 1955. The novel was written to cover the subjects of time and social engineering. 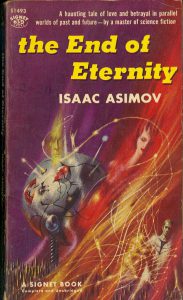 The novel is set primarily in a mysterious virtual world known as Eternity, a realm that exists outside of time and provides the means in which to travel to almost any century imaginable. Eternity is used by a small group of humans (known as Eternals) who have been plucked out of various time periods and tasked with monitoring the course of human history and making changes to reality in order to prevent any major events that might threaten humanity.

Using a complex organization of specialists, including Observers (whose job it is to provide detailed notes on the current situation in each century prior to a change), Computers (who are able to calculate the effects of those changes on future societies and individuals), and Technicians (who are in charge of actually performing the “Strategic Minimum Actions” necessary to bring about a reality change), the Eternals noble goal is to perform changes to the temporal world that will minimize human suffering in the long run.

While these changes can be as minor as leaving a door open where before it was closed, the eventual effects of those changes can often be quite drastic (erasing innocent people from existence altogether).

Time travel was invented in the twenty-third century, and Eternity was founded a few centuries later. Eternity stands outside Time, observing and messing about with it, to make the one and only reality the best of all possible worlds. Eternals are drafted from Time—they are people whose absence from history makes no difference. They’re all men because you seldom find women in that position. Time travel works only between centuries in which Eternity exists, you can’t go back further than that. So what we have here, astonishingly, is a time travel book that is all about the future with nothing about history at all.

While the idea of silent observers altering the course of history is a fascinating idea, what’s even more fascinating is Asimov’s description of the different centuries that the Eternals have access to and the difficulties that arise from living in many different eras. By traveling “up when” and “down when,” in time, the Eternals can travel to almost any century they want through the use of a temporal elevator known as a kettle (which, in a brilliant bit of hard science, is supposedly powered by the almost inexhaustible power of Nova Sol, our exploding sun, hundreds of thousands of centuries in the future).

The only eras they can’t go to are the Primitive era before Eternity was created (pre-24th century) and the “Hidden Centuries” (above the 100,000th) that are blocked by some unidentified force. Some centuries look much like our own. Others are “Energy-Centered” and bear no relation to our own. But no matter how far they travel (one character is from the 30,000th century), they notice that man is still basically the same throughout the centuries. It’s as if human evolution stopped after Eternity came into being. Another thing they notice is that, while many centuries have developed space travel, all of them have eventually given it up after finding the universe a crowded, hostile place.

What really sets this book unique in the mind of readers is the fact that it keeps everyone guessing up until the very last page. There are so many tantalizing questions that it’s hard to keep track of them all. Will Harlan be able to save Noÿs and live happily ever after? Who is Noÿs anyways? Who is the real creator of Eternity? What role is Eternity playing in stunting the evolution of humanity? What does that have to do with space travel? Who or what is keeping the Eternals from reaching the “Hidden Centuries”? While Asimov’s deft explanation of the various paradoxes that arise is fascinating and masterful, his skills at misdirection and subtle foreshadowing are what make this book so great and lead to such a satisfying conclusion. 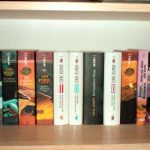 What is the story

The protagonist is a Technician named Andrew Harlan, who finds himself involved in an ontological paradox orchestrated by his superiors. He is to secure the creation of Eternity by sending a young Eternal back in time with the mathematical knowledge to make it possible. To facilitate this, Harlan’s superiors in Eternity allow him to pursue his study of “prehistory”, prior to the Eternity’s creation that, because Eternity had not yet been created, cannot be changed. This intellectual pursuit is largely frowned upon by the Eternals, especially Harlan’s superiors; but it becomes apparent his expert knowledge on the subject will be vital to Eternity’s creation. Harlan himself has been entrapped by one of them into a relationship with a non-Eternal woman, Noÿs Lambent, to prove a point about the effect of Eternity on the individuals from real time who learn of it, with the unintended consequence of making Harlan besotted with the woman, so much so that he smuggles her into Eternity. Harlan’s whole scheme comes apart when it is revealed the leaders are fully aware of his activities.

Andrew Harlan identifies and makes those changes. His hobby is “Primitive” history, the history of the period before the invention of time travel,a history that always stays the same. He thinks of himself as a monk in the service of Eternity. Then he falls in love with a young lady from the 575th century, gets caught up in a loop in continuity his bosses are arranging—and then everything goes wrong.

Normally, the Eternals traverse from century to century within Eternity in a kind of temporal elevator called a kettle. A special version of the kettle has been built for Harlan to dispatch a young Eternal, one Brinsley Sheridan Cooper, back to the 24th century, which lies “beyond the down when terminus” accessible via Eternity and its kettle system. Cooper is carefully instructed that he is to teach the principles and technology of time travel to its historic inventor, Viktor Mallansohn; but unbeknownst to Cooper, he will actually become Mallansohn himself. Harlan, after (erroneously) concluding that Twissell will deprive him of Noÿs, scrambles the time settings just as the special kettle departs, and Cooper is trapped in the wrong time. Unless something is done to change the past, Harlan’s reality, and Eternity, will be erased from existence. 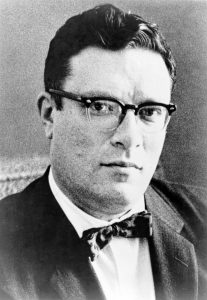 What was said about

There are many time travel books written and I think most of them are good but  this self sacrifice for love and this romantic side of science made me get inside the story from the first pages.

This is the ultimate book about the futility of time travel. Brunner suggests that time travel that changes reality will tend to wipe itself out by changing reality so it isn’t invented. Asimov specifically says that it’s a terrible idea because with the power to change things, however, benevolent you are, you’ll change things in a cautious way, to make things safer. Space flight dies out every time because of the changes they make.

In swapping Eternity for Infinity, time travel is expressly rejected in favor of space travel. One change is made—and not one that would be made today bring about a brighter future! They give the people of the primitive era of 1932 a hint about atomics, which of course will lead to mankind going to the stars at the earliest possible opportunity.

So…now it is your turn to tell me what you think about this? What would be your favorite end to this adventure? The real love will win?

Read the book and tell me your opinion 🙂 Any comment is welcome as always I am here to answer any question you have or to listen to any new idea or suggestion:)

I would like to try a game with you guys:)) Write for me a comment how would you personal end this story:), just in few words:)

Thanks for reading:) Nice to have you here again:)