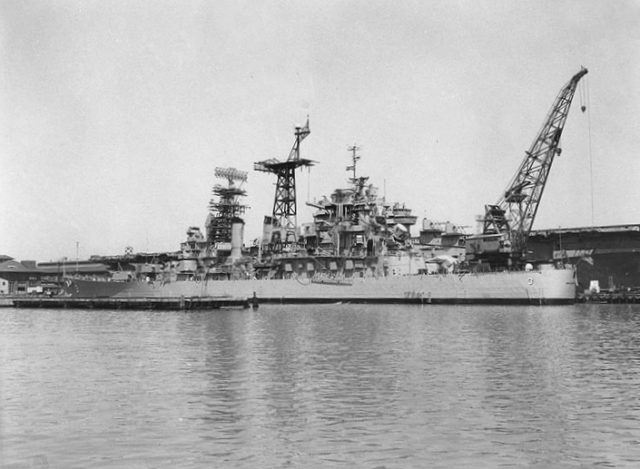 I think we have all heard different stories but what really happened there? …maybe we will never know the truth!

What was The Philadelphia Experiment? 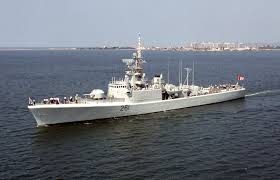 On October 28, 1943,  U.S. Navy carried out a military experiment at the Philadelphia Naval Shipyard, in Philadelphia of course:)

The actual purpose of the experiment was to make the U.S Navy Destroyer USS Eldridge invisible and undetectable to the enemy radar. But still, the exact nature of this experiment is not clarified.

Of course, the Navy denies that any kind of these experiments took place.

The experiment was based on the theory of Albert Einstein who talks about making a single field uniting electromagnetic radiation and gravity.

Some scientists claimed that this kind of field could enable a light around the object through refraction, which will make the object invisible.

Another theory is that scientists were doing magnetic and gravitational measurements to detect anomalies of the sea floor, an experiment based on Einstein’s theory.

Many rumors from the story describe side effects for the crew, it is even said that some of them vanished during the experiment. Also, it is said that the crew was brainwashed in order no to remember anything, to keep the experiment totally secret.

Jacques Valle was one of the scientists who tried to explain the experiment. His theory was that on the Eldridge a powerful magnetic field was generated in order to make it undetectable to radar.

He also said that the Eldridge might have traveled to Norfolk and back to Philadelphia in one day, which was not possible for merchant ships.

How did Eldridge do it?

The ship made use of the Chesapeake and Delaware Canal and  The Chesapeake Bay, the fact that it was kept secret because of German submarines.

The military ships were secretly moved through the canals to avoid the threat.

It is said that there were actually two different experiments. Both of them taking place in the summer-autumn of the year 1944 involving the Navy Destroyer Escort Eldridge.

In the first experiment, the manipulation of the electrical field made the ship invisible on July 22, 1943. At this moment, some witnesses said that a green fog appeared in the place of the Eldridge.

Some sailors had health and mental problems after this experiment. They complained about nausea. When the ship reappeared, something strange also happened.

Some crew members were embedded in the metal structure of the ship, one sailor ended up with his hand in the steel hull of the Eldridge. A lot of sailors also had serious psychological problems.

The second experiment was about teleportation and time travel on a small scale. The ship was sent a few minutes into the past, on October 28, 1943. 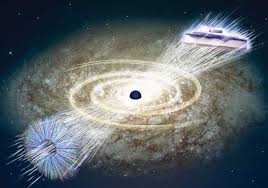 The ship disappeared, covered by a blue light and teleported to Norfolk, Virginia, more than 320 km away.

A cargo transporter, The SS Andrew Furuseth, was there at that moment and the crew saw the Eldridge and the people on board teleported and it vanished again back to Philadelphia.

The Destroyer time traveled 10 minutes back in time 🙂

One man from the SS Andrew Furuseth crew sent letters to astronomers telling his story. In 1955, Morris K. Jessup, writer, astronomer, and researcher received one letter from Carlos Allente.

Robert Goerman wrote in 1980 in Fate magazine that Carlos Allente (Carl Allen) was Carl Meredith Allen who after reading a Jessup book became mentally unstable and with a huge imagination.

Mike Drash describes Allen as mysterious and difficult to locate.

Because he made research on Einstein’s Unified Field Theory and he claimed that a breakthrough revision of the Einstein Theory could create a future generation of a spaceship.

He published a book The Case of the UFO that contains some theories about the antigravity and the manipulation of the electromagnetism.

Allen said that Einstein had developed the theory but he stopped because the human race was not ready to accept it and to understand it.

He said that he saw the Eldridge teleportation event but he had no proof. Jessup asked for evidence but Allen said that he had no evidence; just that he could recall his memories with the help of hypnosis.

The scientist didn’t trust him.

What is strange is that Jessup killed himself 4 years after he met Allen.

In 2002, James Moseley and Karl Pflock wrote in a book that in 1957 Jessup was contacted by the office of Naval Research to study a package that was received in Washington DC.

The package contained a copy of Jessup’s book, The case for the UFO, with many notes in the margins, in different shades of pink. On the envelope was written Happy Easter. Jessup had no idea who did this. At least he said so.

Moseley said that the notes were actually a correspondence between 3 persons, Mr. A, M.r B and Jemi. Based on the handwriting Jessup identified M.r A as Allen.

They write details about The Philadelphia Experiment, having superior knowledge, they discuss some theories that Jessup advanced.

Varo Corporation, a research company, printed a limited edition of the book, with the notes and Jessup and Allen Correspondence. 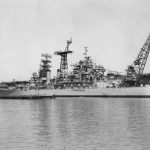 After so many years we still don’t have any evidence but I think this is normal. Think that, if invisibility and teleportation would be possible, if the experiment was successful, this would be the most invincible weapon and of course we would not let everyone know, it would be secret.

A reunion of veterans from Eldridge in 1999, claimed that the ship was never in Philadelphia. Is this true or have they just had their memories erased?

We just know that out of a crew of181 people, 21 survived and most of them died a short time after, 40  died instantly and 120 never came back. So… what more proof do we need?

In 1951, the USA took the Eldridge to Greece, changed its name to Leon and was used in the Cold war for different operations. After 50 years the Eldridge was sold as scrap.

In 1984, the story was on the big screens, and I personally loved the film. The movie was directed by Steward Raffill and it was also remade in 2012.

The experiment was a source of inspiration for some episodes in the series: X Files, Doctor Who, Warehouse 13, The Unexplained and History’s Mysteries.

Around this mysterious event are many books which have been written;

George E. Simpson and Neal R published in 1978 the novel Thin Air and in 1979 Charles Berlitz and William Moore wrote The Philadelphia Experiment: Project Invisibility. In this book, Moore claimed that Albert Einstein completed the unified field theory and destroys it before his death.

In his novel The Spy Who Haunted Me, Simon R. Green makes references to the Philadelphia Experiment.

The list of movies and films that have been inspired by this military experiment is huge and the subject is still a mystery today.

We always try to explain what we don’t understand and if finally, we can’t find a logical explanation for them, we put everything down to fantasy.

So…this is not a legend! This is real fact!

This was a real experiment that technically succeeds but seeing the side effects that it had on the crew, the government stopped further researches.

This project named Project Rainbow was stopped but… this was not the end. Where Project Rainbow stops, Project Phoenix and many others just start, but we will talk about this another time.

What is your opinion? I would like to know what do you think, and if you have any questions I am here to answer. Just leave a comment below.

Thanks for reading and have a nice day.