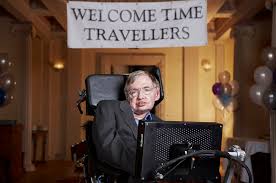 For years,  human race is searching for answers to some ‘big questions’. In Stephen Hawking’s Genius, we can see that you don’t  really have to be a genius to find the answers.

Stephen Hawking showed that some ordinary people can be intelligent enough to find the answers to these questions.

He challenges them to do some experiments at a large scale and together they try to understand the mysteries of the world with the help of quantum mechanics, astrophysics, and evolutionary biology.

Every episode shows three people, like you and me, not some genius, but very curious, using their own intelligence and knowledge to understand and explain what the greatest minds of the humanity discovered, after centuries of research about the mysteries of the Earth and humankind.

The series has six episodes narrated by Stephen Hawking and the purpose of every episode is to bring the scientific discoveries available for everybody, in a very simple and engaging way.

The first episode is giving us the answer to a question that humans try to find the answer for the last decades. Can we time travel? How?

It is a fascinating and very interesting journey using Atomic clocks, DeLoreans, and black holes. Hawking doesn’t use at all mathematics equations he helps in a very simple way and with a great imagination, his quests to understand the fourth dimension, the time, actually time-space dimension:)

In this series, we can find out also how the ‘geniuses’ of all time

What happens in the first episode? 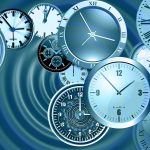 We can see Stephen hawking on the screen, in New York, Time Square giving to his 3 quests a message which contains 3 numbers. This is their first task, to discover with the help of those 3 numbers the location of a great party.

They think that the numbers given by Hawking are street numbers in Manhattan and they follow this address. The 2 first numbers were the street number and the avenue number so they arrived at an intersection. The 3 quest had only to find what the third number was. After a few thoughts, they understood was the level in the building, where was taking place the party.

But for their disappointment,t the party was already finished. Everybody had left. So…this is how they understood they had the coordinates, the 3 dimensions to find the address of the party but was missing the fourth dimension, TIME.

After some experiments, simple and easy to understand for all of us, the three guests came to another conclusion: time and space can’t be separated. So we have the fourth dimension space-time.

Next step, the volunteers went to a parking lot and a DeLorean is waiting for them. Again there is demonstrated if time travel to the past is possible. I don’t reveal you what was the result of the experiment :).Worth seeing it :).

Who are our geniuses? 🙂

Before going to the next step I have to introduce you the experts that helped and explained those experiments. Of course, we have our Genius, Stephen Hawking in collaboration with: 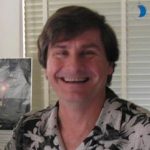 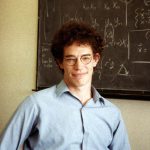 Now we can talk about the third experiment our ‘young geniuses’ had to do. The quests arrived at a drag strip. There an electric car is waiting for the next experiment. Here, Stephen hawking and the physicist Neil Turok introduce the volunteers and us, of course, to one of the Einstein’s Theories, the idea of a static universe. Here they must determine the speed and the direction of the car with the help of a microphone, a laptop and the sound of a siren. What could they learn with this about our universe?  I let you discover together with our guests:)

They go to Arizona University and the found a black sphere and 8 clocks and here we have to understand how time acts near a black hole.

The clocks which are closer to the ‘black hole’ run slower than those farther away. They have to use this to find our how they can travel in the future with the help of the black hole 🙂

And the last challenge was with the help of very exact atomic clocks to see is the time act different at altitude. They had two atomic clocks perfectly synchronized and two of our volunteers went in a camping in a very high place in the top of the mountain and the other stayed behind, the next ay they should see their clocks…Did they show different time? Do time passes slower at altitude?

The experiments were mind blowing for Stephen Hawking’s quests, and to be honest when I watched this episode….Everything became clear and very simple. Just amazing!

The series had its premiere on May 18th, 2016 and was directed by Iain Riddick and Jayne Sayers.

I can tell you that I was really amazed and, with these experiments I understood if  WE CAN TIME TRAVEL or not. The universe is a big mystery and the answers we are looking for are all the time near us  :).

So… I hope you will enjoy this first episode and I assure that you will love all of them :).

I am waiting to see what are your conclusions and what do you think finally. CAN WE TIME TRAVEL? Let me a comment with your personal opinion :). I would love to read it 😉

For further scientific articles, video ,books to read click below and you will find some interesting stuff