Replay by Ken Grimwood- My Review 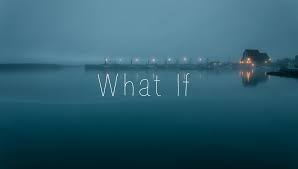 Welcome and thank you for being here with me again today. For all you fans of the time travel genre, I introduce you to a wonderful book, Replay by Ken Grimwood.It is one of the classic books you will find in the category of time travel novels, on my site.

A Strange Comeback – The Story 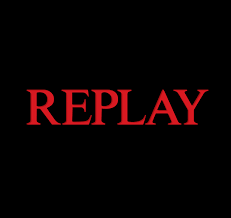 In 1988 Jeff Winston a radio journalist, unfortunately, dies from a heart attack at the age of 43. When he dies, something strange happens.

Jeff awakens as a teenager, 18 years old and a student at the Emory University in Atlanta 1963. He remembers everything, all his life from his youth until his death. Jeff tries to avoid his death again, taking care of his health, about his heart situation, but unfortunately again in 1988, he dies.

Jeff returns to 1963, not in the same moment as in the first replay, but a few hours later, and the story is the same. He understands, after several replays, that he can’t prevent his death in 1988.

The only thing he can do is to change the events that happen before his heart attack.

In one of his replay, she notices one movie named ‘Starsea’ that became a great success, written and produced by an unknown filmmaker Pamela Philips.

She chose Steven Spielberg (as director) and George Lucas (as special effects supervisor) before they were famous. In the other replays, this film didn’t exist and Jeff starts to think that Pamela is also a re-player.

He finds Pamela and he asks her some questions that only somebody who had seen the future would know, about future films. Convinced now that she is experiencing the same thing, Jeff makes her tell the truth.

Finally, they fall in love and they think it was their destiny to meet, that they are soul mates. There is one problem, though, the replays start to be shorter and shorter.

See also  Back To The Future 3 Movie - My Review

They decide to find if there are other re-players and the couple place cryptic messages in the newspapers that only somebody who knows the future would understand.

At some point, after many answers that didn’t help them, a man sends them a letter and he surely knows the future. 🙂 When they locate him, he was in a psychiatric hospital.

When he starts to say that aliens had forced him to kill people, Pamela understands why he was there, even if the stuff he was saying was not paying attention to his future predictions.

In a later replay, Jeff and Pamela decide to make their experience public.

They tell the media things from the future, making predictions about future events in detail.

The government forces them to tell them foreign future activities, political and military details. In the beginning, Jeff helps but when he sees that major things change the future, he refuses to talk any further.

Of course, the government doesn’t take kindly to this and both of them are imprisoned and forced to reveal the future.

The End or the Beginning? 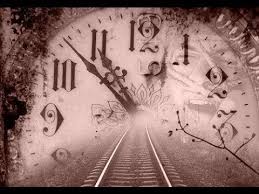 The replays are shorter every time and Jeff and Pamela are afraid that’s maybe this is the last one. But this time Jeff has a heart attack and he manages to survive.

He calls Pamela and he finds out that she also survives and she confirms to him that everything wasn’t a dream.

Now, Jeff doesn’t know if they will meet again or not and again… the future is unknown.

The book was published in January 1986 and won the World Fantasy Award in 1988 and was nominated for the Arthur C Clarke Award.

Ken Grimwood died at the age of 59 in 2003 from a heart attack. Can you believe that?

Anyway, at that point, he was working on a sequel to Replay.

In 2010, there was planning in place to make a movie adaptation. The screenplay was written by Jason Smilovic and Ben Affleck was to star.

Later on, in 2011, Robert Zemeckis was in talks with Warner Bros to direct the movie but as we know, until 2016, no adaptation has been done.

The way Jeff changes his life every time will make you surely think about your own life and ask yourself …what if….?

His replays are so different, in one he is rich, in another, he is involved with drugs… in one he even changes world history… but each one teaches him something.

He understands that not only money matters and he tries every time to live differently.

So what would you change if you could live again the last 20 years of your life?

One thing I learned from his last replay is the past does not matter, you should always look forward. You can make your own destiny!

Replay was a big success and hundreds of people are on the fan sites of replay having the same dream.

Replay features one of the most thorough explorations of a theme one might ever hope to find. The book challenges us to take fresh views of that inexorable force, time.

So, thank you for reading my review and I would love to know your opinions.

Any questions and comments are welcome 🙂