The Cloverfield Paradox Film- My Review 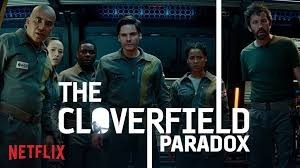 Science fiction and horror are a great combination for a successful film, don’t you think? I suppose you know the Cloverfield films, and today I will talk about the latest one in the trilogy, The Cloverfield Paradox. First off, I want to invite you to see the trailer and then I will tell you a few words about it. maybe you find strange that I put the trailer in the beginning of my post but you will understand

Now a few words about the film

Cloverfield Paradox is an American production, a sci-fi horror movie written by Oren Uziel and produced by Bad Robot Productions. The movie was based on Uziel’s script, God Particle. The film was first announced in November 2012 with the name God particle. During the production of the film, Abrams decides to link this film to the Cloverfields movies. He had the idea to use the particle accelerator as a way for the future events to change the past.

In 2016 the film was announced with the name Cloverfield. For some reason, it was delayed a few times to be released. In 2018, 4th February, under the final name, Cloverfield Paradox, a trailer was shown on Netflix during the Super Bowl game and the film was on right after the game.

What I have seen in the film that took my attention was that the Mandarin language was spoken and understood by the crew members so it makes me think that the Mandarin language is somehow considered the language of the future, near the English language. Also, you can see political messages behind the story but we will not talk about that here. We will talk about time travel films, not about politics.

In January 2018 The Hollywood Reporter said that Netflix paid more than 50 million dollars for the rights. A huge amount don’t you think?

The film action took place in 2028 and the previous ones took place a lot before, but JJ. Adams said that he has a plan how to link them together.

What is the story?

In a near future, 2028, our planet Earth is in a critical situation, a global energy crisis creating a lot of problems. A solution to this major problem is the Shepard Particle Accelerator which will provide infinite energy to planet Earth. It will be tested abroad at the Cloverfield station. Of course, different conspiracy theories appear and one of those is that the particle accelerator can open portals and terrifying creatures from other worlds can pass through. Some scientists fear that a Cloverfield Paradox can be created. 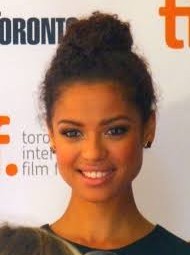 So, there is a crew from all the space agencies ready to test this accelerator. Part of this crew is Ava Hamilton, married to a doctor, Michael. They have relationship problems since their children died in a fire. Members of this special team are also the American Commander Kiel (which is somehow in charge), German Physicist Ernst Schmith, Russian engineer Volkov, Brazilian medical doctor Monk Acosta, Chinese engineer Tam and Irish engineer Mundy.

For two years they were testing Shepard Particle Accelerator without any success. At some moment they finally achieved a stable beam but because it overloaded an accident happened and a power surge on the station was created. The mechanic Tam with the help of the team restores the basic power but problems appear. The Earth is missing. Where is it? Where or when are they? Trying to go home they have an unpleasant surprise. The gyroscope which can help them go home and help the station’s navigation has vanished.

See also  Back To The Future 3 Movie - My Review

The team starts trying to fix the station but more problems come. They find a strange woman who surprisingly knew most of them, except the mechanic Tam. She claimed to be the mechanic of the Shepard (not Tam). Her name is Mina Jensen.

Something strange happened to Volkov, something was moving under his skin, his eyes. This thing took control of him and made him print a 3D gun and he threatens the crew members. While he does this he dies and many worms come out of him.

Martin gets pulled onto a wall, and his arm was already inside when he is saved by his colleagues. His arm is severed but later they found his arm moving alone in the station. They take the arm and put it safely under a glass device, but they discover that the arm was trying to write something, to tell them something. They give the arm a pen and it writes to cut Volkov open. The crew doctor couldn’t do it but Hamilton has the strength and does it and they find inside him the gyroscope.

The Shepard Crew find the Earth and restore the communications, but they find out that the station was destroyed two days ago and all crew members died so they understand they are in a different dimension, above a different Earth. In this parallel dimension, Ava Hamilton’s children are still alive, the fire didn’t happen and she decides to stay here with Michael and her babies. The Shepard’s malfunction causes the alternate dimensions to interfere.

Tam discovers the problem and tells Schmith how to fix it but she is killed in an accident. After this, because they needed an engineer, Jensen takes Tam’s place.

Mundy is also killed in an explosion caused by a magnetic field and after this, the commander, Kiel sacrifices himself for the mission and Ava Hamilton is left in charge. 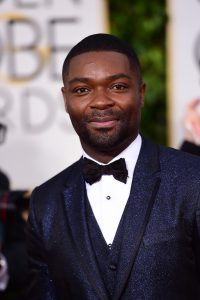 At the same time on Earth , Michael finds out that they lost any connection with the Shepard and a wave of destruction made a lot of damage on Earth. Michael helps a little girl, Molly and tries to save her and get her to the hospital, but unfortunately, he finds out the hospital is destroyed. Michael takes the girl to a safe underground shelter, a friend’s place of safety to treat her wounds.

Meanwhile, at the station, Jensen recovers the gun from Volkov and threatens the crew, and kills the doctor, Monk. Having a fight with Jensen, Hamilton takes the gun, shuts a window and ejects Jensen out into space.  All the way through the movie you could see Jensen’s reflection shown in such a way that could give you a hint about her duplicity.

Hamilton leaves a message to herself in this dimension, trying to prevent the fire which destroyed her life in the first place, her marriage and killed her children and also leaves her the required adjustments for the Shepard device.

She decides to go back to her own Earth with the crew. Hamilton and Schmith. The only survivors on the spacecraft make the Shepard work, thus providing the earth with the necessary energy supply using Tam’s modifications.and then they return home.

When Michael finds out they are on their way home he tries to prevent this, tries to stop them, but is too late. The spacecraft is reaching the earth’s atmosphere.

The end ..should I tell you how it ends or will you watch it for yourself? I will just tell you that they don’t just come back and everything is ok. You will have a big surprise in the last moments of the movie so… I shall let you watch 🙂

See also  Tell Me How I Die-My Review

They all played their role in this adventure so they all deserve congratulations. I will tell you here which actors gave life to this Cloverfield story.

David Oyelowo – The  American Commander of the station, Kiel

What do they say about the film?

The rating to the well known Rotten Tomatoes was about 4.5 from 10. What exactly was said?

Did people watch it? Did Netflix make a good investment?

On the first night, The Super Bowl night, according to Nielsen ratings, based on the video on demand subscription, 785 000 viewers watched the film and not only them. In the next days’ everybody was talking about Cloverfield Paradox, by three days 2.8 million had watch it and over a week 5 million viewers had enjoyed the movie.

Not so good reviews but actually people enjoyed it. I also did enjoy it. It was a nice film and I surely had a good time…

Gravity is wrong on the space station, as the rotation does not match the direction of the shown gravity.

Tam is always speaking Chinese and at some point we see Tam and Schmith speaking Chinese, but Volkov the Russian engineer can’t understand them, so here is a lack of communication and this is a risk especially in critical moments. Such a thing can’t happen is a spaceship. It is not allowed. International space crews typically speak English and Russian if is required, if it is a Russian spacecraft.

When the crew is walking in open space going to split off the maintenance deck, they are walking and jumping like there is gravity. In space, there is no gravity.

There are a few other errors but I will not make you tired with this.

Do you know what my conclusion is? It doesn’t matter on which Earth we are, or in which dimension we are, we have destroyed Earth and the human race is in danger. Any Earth you will go to, the planet is in danger. And now we will destroy Mars!

I personally enjoyed the film but I would like to hear your thoughts too.

So, watch the film, make your decision on which earth you would prefer to live and tell me your opinion 🙂

Have a good time and I hope you will enjoy it.

==> For further reading , more reviews, viewing and even buying click below and you will find many choices<==