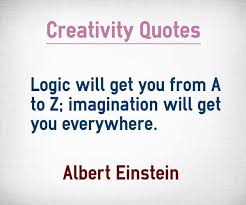 Hello everybody and thanks for being here again 🙂 Today, I will talk to you about the god particle simply explained as much as I can. I will start with the basic question.

What is the god particle? 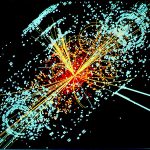 The god particle is the particle which gives mass to the matter. It is scientifically named The Higgs – boson and until now it was just a theory but…God Particle exists 🙂

In 2016 the world’s largest atom smasher, Large Hadron Collider started to operate, and it is possible to be the first time travel machine, actually the first machine which can send the matter back in time. Tom Weiler and Chui Main Ho, scientists at Vanderbilt University agree with this theory.

The Large Collider is buried underground near Geneva and scientists want to use it to send matter into the past, a type of matter named Higgs singlet.

After 40 years of research for the god particle (Higgs boson) finally, the work of Peter Higgs reach a conclusion. This particle really exists.

How do we explain his theory in simple words?

Some particles give matter different properties. One of those properties and maybe the most important is the mass. The Higgs boson is, as we said before, the particle which gives mass to the matter.

The singlet is just a technical term used for a particle which doesn’t interact with the matter in the way we knew until today. This name is given after the scientist Peter Higgs.

Theories say that this particle was the fuse that started the big bang. So if the universe is an infinite number of bubbles and if this god particle was to blow these bubbles, it is possible there could be other universes formed from the explosion?

I think we get closer and closer to the idea of multiple, parallel universes. Don’t you think?

What do scientists believe? 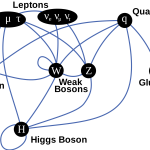 If this atom smasher can create the Higgs Boson and it gives mass to the matter produced by the atom smasher, then The Higgs Singlet (this matter with mass) will be able to travel through space and time. The Higgs Singlet can travel to other dimensions and then come back to our dimension backward or forwards in time claim physicists Thomas Weiler and Chui Man Ho.

Professor Thomas Weiler says that this way of time travel, using the god particle will avoid time paradoxes. He claims that if the scientists will be able to control the production of Higgs Singlets, they will be able to send messages into the future or the past.

So with the discovery of this god particle (of the Higgs Boson), time travel will be possible and also will be in our reach, not only in theory. What do you think about this? As I said…closer and closer. 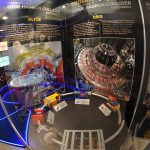 The cost of The Large Hadron Collider was more than 4 billion to built, a fact that attracted a lot of controversies. Also even before it was working, its operation was delayed a few times, because some scientists were afraid it could create black holes. Due to some technical problems, like the liquid helium leak in 2008, The Large Hadron Collider started to operate just last year in 2016.

The scientists want to see if monitoring the Hadron Collider, will be able to start seeing Higgs Singlets particles and their product, Higgs boson, appearing. If this succeeds, they will be able to send back in time the particles produced and to appear before their collision. It is a little bit complicated but do you get the idea?

A little bit of science 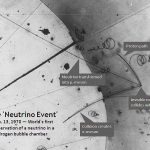 Weiler and Ho theory is based on M – Theory, a theory developed by a small group of scientists to the point that the properties of all the particles, mass and gravity can be accommodated. The only problem is that this theory requires 10 dimensions instead of the 4 we know until now. So there is the question that the scientists have: our universe is a 4 dimensions membrane or is multidimensional?

Weiler has been researching time travel for six years and he made some experiments with neutrinos, some particles which have a rare reaction with the ordinary matter. Neutrinos are also called ghost particles 🙂

Scientists claim that trillions of neutrinos hit us every second but we just don’t feel them because they don’t affect us. From this theory, came another one. Scientists at the University of Hawai, Weiler, Sandip Pakvasa and Heinrich Pas have another explanation.

A hypothetical particle, less detectable than the normal neutrinos, called sterile neutrinos, interact only with the gravitational force and this gives them the possibility to travel through extra dimensions. 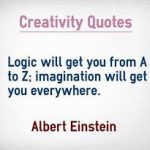 According to Einstein, traveling faster than light means traveling backward in time so this is how our scientists came to the conclusion that time travel is possible 🙂

So after all this research in 2012, The Higgs Boson is discovered even if Stephen Hawking bet 100 $ with another Physicist Gordon Kane, that it would never be discovered. He lost :). But what is his opinion now?

Stephen Hawking, one of the most famous theoretical physicists claims, after the discovery of Higgs Boson that this particle will be responsible for the destruction of the universe as we know it now, as it was responsible for its creation. So, a doomsday? How can this be done? Just a quantum fluctuation can create a huge vacuum bubble that wipes out the Universe. 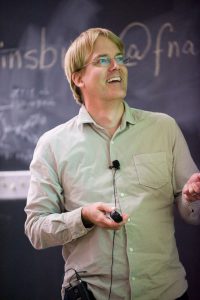 Joseph Lykken a physicist at the Fermi National Accelerator Laboratory in Batavia, Illinois, said during one of his lectures, that can take billions of years for something like this to happen or maybe it’s already happening. If this happens, we will not have any warning. Because this bubble will travel with a speed faster than light so… just like this everything we know it can disappear.

Gian Giudice, another great physicist at CERN, explains the end of the Universe in this way: The Higgs field is the substance that fills the space – time and can exist in two states: liquid or solid. Now, it is in an energy state he claims, comparing the Higgs field with a valley in a field of hills and valleys. Giudice says that a huge amount of energy is required for this field to change to another state. So it is like climbing a hill. If The Higgs field passes the energy hill, the destruction of Universe may come.

A quantum fluctuation or a change of energy will create the quantum tunneling process, says Lykken and this will help the Higgs field to avoid climbing the hill and to tunnel through it into the next valley. This quantum fluctuation will create a bubble in the empty vacuum of space between galaxies. So the Higgs field in this bubble will be stronger and will have a lower energy level that its surroundings. In this way, even it is just a little bit stronger that it is now, it will be able to disintegrate atomic nuclei, to shrink atoms and the hydrogen will be the only element in Universe.

Why is so important the god particle? 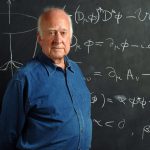 This particle shows the existence of an invisible energy field, Higgs field which is present in the Universe and gives mass to other particles. Scientists measured the mass of this particle and it is about126 billion electron volts. This mass is needed to keep the Universe stable but scientists say that probably it will collapse and the Universe will become unstable. Here come the Higgs field theory, which was from the creation of the Universe and was its source of energy since then. Lykken agrees with this point of view.

Knowing the mass of the god particle or, Higgs Boson, new calculations were made and new conclusions reached. Scientists think the Higgs field inside this bubble will be ultra strong and will expand unstoppable at the speed of light in space – time and finally will destroy everything we know as the Universe today.

So, I think I blew up your mind enough for today and I am sure there are still many questions you will have, but guess what, not only you. Even the brightest minds, the most intelligent scientists, physicists and researchers still have a lot of questions. I hope soon we will have more details but…one thing is sure. THE GOD PARTICLE EXISTS 🙂

Soon I will come with updates. I myself need time to understand research and what is going on and for sure you will be the first will know as soon as I find out 🙂

Thanks for reading and I am waiting for your opinions, questions and any comments you have 🙂

Watch this video and if you are interested in more articles have a look below:) 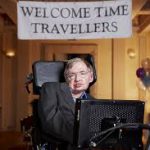