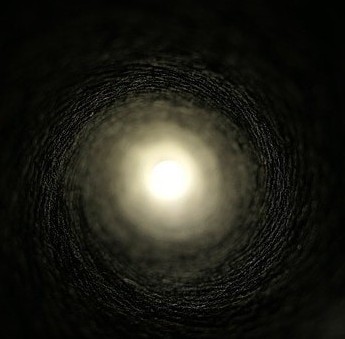 What a wonderful view is the sky in the night… if you think what we see is just a very small part of the huge, infinite Universe. Every second something amazing happens up there and black holes are part of this mystery. Now I will try to give you the latest news about the black holes.

News from the night sky

The latest news from millions of light years away are brought for us by Hubble and Chandra space telescopes. They detected from a distance of 800 millions light years a supermassive black hole which has two burps, not one as usually.

What is a space burp? A space burp is made from high energy particle which are launched in space from a black hole.

“Black holes are voracious eaters, but it turns out they don’t have very good table manners” said a scientist at the University of Colorado, Julie Comerford.

In a distant galaxy, named SDSS J1354+1327 was discovered this huge black hole which was taking in gas and 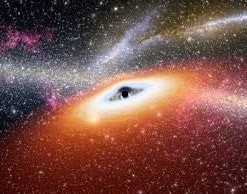 Supermassive black holes are usually found in the center of big galaxies and are the largest form of space giants. Scientists had their own opinion why this huge black hole could burp twice and one explanation was a possible collision between two galaxies.

Julie Comerford said that two galaxies were connected by a stream of gas and stars and when the collision between the two galaxies happened gas was led to the some giant black hole. The supermassive black holes was feed twice and burped twice. A previous theory says that black holes go to a cycle of burping and this new discovery sustain the theory.

Black holes flicker on time scales on 100 000 years. For you and me this a huge period but for the cosmological calendar is very fast.

How do black holes grow?

The latest research say that supermassive black holes are growing in the center of a big galaxy as I mentioned before, at a faster rate that the galaxy. The huge black hole is bigger by hundreds of thousands of times that its original size.

They are very important in the galaxy formation because they have an intense gravitational pull and this helps keep everything together.

Researchers from two separate studies, on two massive galaxies found out that actually black holes in big galaxies grow faster that the ones in small galaxies. One of those two studies was led by Guang Yang of Penn State who said that scientists are using data from different telescopes. Studying galaxies between 4 and 12 billion light years from Earth they try to reconstruct this race started billions years ago and to understand how this cosmic competition unfold.

Are they as powerful as we thought?

Relatively close to our earth it is the black holeV404 Cygni which is ten times the mass of our sun, which means it is a small black hole. A team of scientists, astronomers measured the magnetic field surrounding V404Cygni and was only 500Gauss.

The conclusion was that this black hole was thousands of times weaker that we thought. 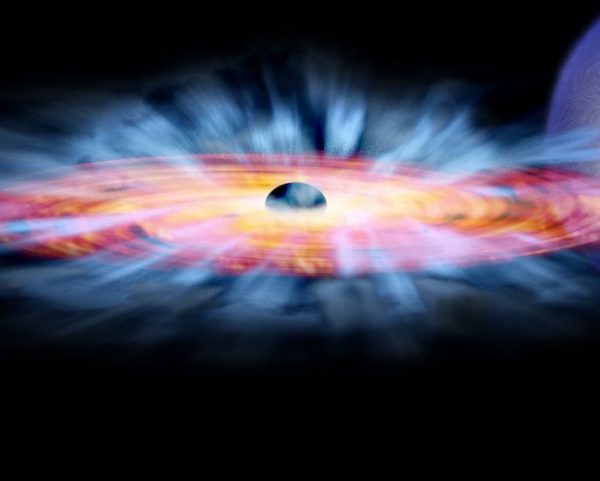 Astronomer Steve Eikenberry from University of Florida told to Space.com about this ” If you think of the galaxy as a metropolitan area, it’s not in our neighborhood, but it’s in our suburb.”

Now to make it more simple, to let you understand what means 500 Gauss I will just tell you that the magnetic filed of our planet, Earth is about 0.5 Gauss but a normal refrigerator magnet is between 50 and 500 Gauss.

This black hole was formed when a star explode as supernova after running out of fuel.

Latest researches, with the help with one of the most powerful supercomputer explain us how the jet streams from the black holes change their directions in the sky gradually. As a result, result space-time is dragged into the rotation of the black hole.

According to Einstein Theory of General Relativity, the past and the present determine the future uniquely. This is called Determinism. A mathematician from UK Berkeley has another opinion, though.he has find some black holes where this theory is not working. he claims that someone could survive passing through these black holes but his past would ne erased and he would have an infinite number of futures.

This is just Peter Hintz‘s theory and some agree with him some don’t. he also say that this doesn’t mean that Einstein theory of general relativity is wrong. Just it makes more interesting Einstein’s Equations.

Black holes take their name from the fact that nothing approaches them can escape, even the light, if passes beyond the event horizon. It is sure that from a small black hole you will never survive if you go through but what about a supermassive one ?

Physicist and mathematicians think that is possible to survive the transition from our world to the other side of the black hole but how would be like? Thinking about Einstein’s theory his equations are working until the moment when an explorer goes to the center of singularity where the calculation of the time-space bending is infinite. Even before the center of the black hole, the explorer would not be able anymore to communicate with our world.

The back hole that Hinz studied was a non rotating one,with and electrical charge. Inside on this black hole event horizon it is a so called Cauchy horizon. This is where the past doesn’t determine anymore your future and the theory of determinism is not available.

But what will happen to our brave explorer?

Physicist say that nobody can pass through this Cauchy horizon. Anybody trying to pass would be annihilated. As the explorer would approach the horizon, time will slow down. Everything will fall towards the couchy horizon, as light and gravitational waves, so will do our observer. Anybody would try it would be hit by all the energy the back hole ever saw in the lifetime of the Universe. This is what most believe but not Hintz.

He claims that the space-time I s pulled apart and the black hole is not affected by the Universe because the energy can’t travel faster that the speed of light. I will not give you scientific details but in the case of those smooth, non rotating black holes, somebody can survive when passing through this Cauchy horizon, is possible our observer to enter a another world, non-deterministic.

So, enough for today I think, if you need more information, more details you just have to let me a comment or send me and email.

So what is your opinion? Is Heinz right? can we time travel through a huge, non rotating, energy charged black hole?

Thank you for reading and for further scientific information click below