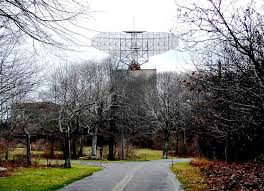 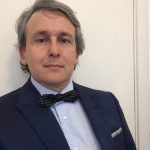 Peter Moon and Andrew Anderson were working together for a while in Romania where was established A Time Travel Research Centre.

But before talking about the experiences there, I have to tell that there is a question in my mind. Why were his websites, Facebook and everything else deleted? And more than this, why was the documentary he made for The Discovery Channel never shown? Why was everything about him deleted from Wikipedia? 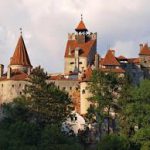 Anyway… in 2008, Anderson and Peter Moon went to Romania for a new project. One of the places they visited in Romania was the cave of Cioclovina. David Anderson said that this place is the only place in the world where could be seen the evidence of a time reactor discharge. One other reason that Anderson was spending time in Romania was that he could work there with the best mathematics in the world.

There is a short story about Anderson that I found.

He was once walking in Bran Castle (Dracula’s Castle) and he saw something incredible: a painting of a man, exactly him at a younger age. He had a very strange feeling. Maybe from here is his interest in time travel? Something about his past…make me put the same question. He doesn’t know who his father is and he had 3 birthdays  one on his birth certificate, one on his driving license and one that family and friends remember). Maybe it doesn’t look something strange for you but…. maybe are pieces of a puzzle?

In 2010 he gave some interviews about his discoveries. One of the most incredible things he revealed was about the time chamber which was increased to a larger size and now he was actually putting humans in it.

Of course, these revelations made him enemies and there were a few personal attacks against him and his colleagues.

Also, he talked about Andrew Basiago’s time travel experiences. I told you a few things about this in a previous post.

The Surprise visit of Anderson to Montauk 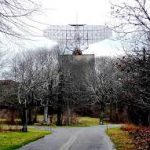 Later on….Montauk, April 2010.While Peter Moon was conducting a medicine seminar, Anderson came and made a demonstration of time travel in a short video in front of about 20 people. This video showed a small time chamber where a flower, an Amaryllis was placed in a time-warp field. It was a small plant that normally should bloom in 4 days. In this experience, the flower bloomed in 2 min and 43 sec.

Dr. David Anderson wanted to share these amazing things with the people. He wanted to release some videos with this technology in action but of course, he was stopped. It is classified information. I personal understand why? I agree that is not a good idea for somebody to have access to this technology. And what if it goes into the wrong hands?

Anyway, later on, David Anderson had to make a trip to Moscow, Russia but he didn’t have some good feeling about it. Strange things happened from here. I can’t be sure. Some say that he didn’t come back; some say that he was seen in India… some that he is ok and just working on new projects.

Dr. David Anderson talks about 10 technologies and methods of time control and time travel but me, I will just name them I will not go in detail only if you ask me in a future post. So, they could be: Quantum Tunneling, Near light speed travel, Alcubiere warp drive, Faster than light travel, Time warped fields, Circulating Light beams, Wormholes, cosmic strings, Tipler Cylinder and Casimir Effect. But the truth is that the technology we have today allows us to achieve only a few of this 10 possibilities.

The technology used and which can give results are Quantum Tunneling, Time warped fields, and the Circulating Light Beams. In the movies, we can see other methods as Wormholes, cosmic strings but are still only theories.

I think to go deeper in this theories is too much…but I will tell you just that in a few countries are already active time control programs: US,  Russia, Japan, India, China and South Corea.

==>For further reading and viewing click below and you will find books, videos and many scientific articles<==

This is about David Anderson and as soon as I have further information I will come to update.