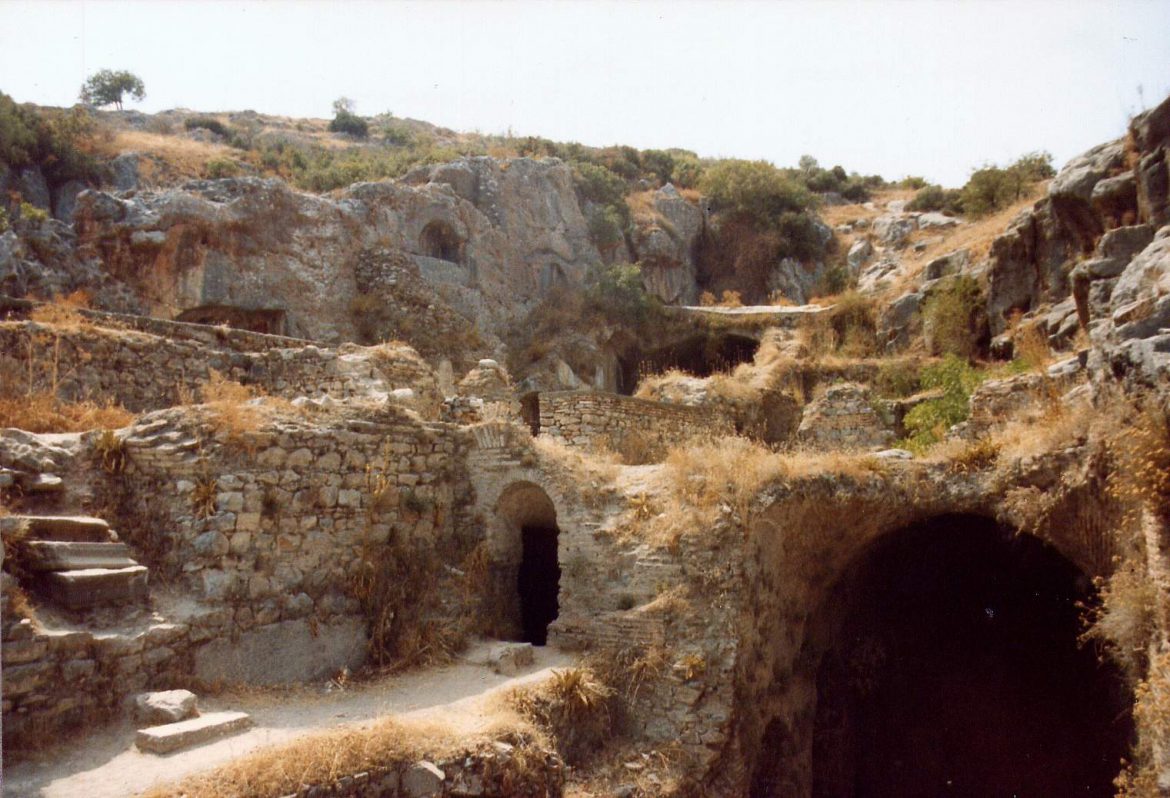 Who are the seven sleepers? 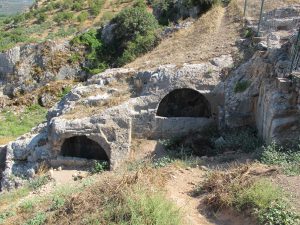 The seven sleepers are a group of young people who hid in a cave near the city of Ephesus about 250 AC to escape death.

It is a version of the story where Decius imprisoned the boys into a cave to die there, punishing them for their religion, for being Christians. The young men fell asleep inside the cave and awoke after 180 years. At that time, The King was Theodosius the Second and the city was now Christian.

The seven men walked into the city, surprised by the big number of beautiful churches and amazed at the freedom of Christianity.

The earliest version of this miracle comes from Jacob of Sarug (450-521) who had the information from a Greek source lost a long time ago. The miracle was accepted by the people having to do with the resurrection of the body.

This story appears and in Gregory of Tours, in the History of the Lombards by Paul the Deacon and in Golden Legends by Jacobus De Voragine.

Paul tells us that the sleepers are Romans from the clothes they wear. In his book Paul the Deacon it says:

In the farthest boundaries of Germany toward the west-north-west, on the shore of the ocean itself, a cave is seen under a projecting where for an unknown time seven men repose wrapped in a long sleep.

The Seven Sleepers legend appears also in the Koran and in its version the young boys have with them a dog.

The sleepers died later from natural causes and were buried in this cave.

Later on, a lot of people were buried there and a small church was built above their tombs. The church has marble revetments and mosaic floors.

Near the cave was built also a large mausoleum in the 6th century.

In 1927 and 1930 archaeologists discovered inside the cave many lamps dating from the 5th century and some of them were not Christian so they proved that the cave existed since then and it is possible the story to be true, not only a legend.

From my opinion, all the legends have a root of truth. From somewhere it has to start … something should happen to create the story.

And what is now?

Now, the cave from Ephesus is a tourist attraction and even though it is fenced off, a big hole in the fence allows access to the cave.

What you can see there is the cave church where the seven sleepers were buried, but the tombs are now open empty holes.

The terracotta lamps are some of the very interesting things discovered in the cave. Some of them are Christian, decorated with a cross or with pictures from the Old Testament as Adam and Eva, Abraham and Isaac.

Also, we can see many of them with pagan religious images such as Zeus and Aphrodite, Hercules and the lion, even the head of god Attis.

This evidence proves that the paganism, in the 5th century was still believed.

Where is the cave? 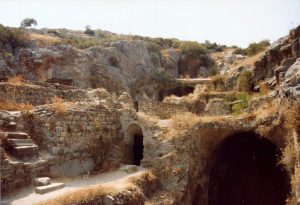 The Seven Sleepers cave is said to be located in Turkey in Ephesus, on the eastern part of Panyirdag Hill and is a sacred and venerated place from the 5th century.

This is just a version of the story because the exact location is still not defined.

Another suggested location of the cave is near Amman, Jordan. Strongly believing in the Koran’s description, Muslims says that the cave is located in Turan.

Mirza Basheer-  ud Din Mahmud Ahmad considered that the story was based on the legend of  Joseph of Arimathea. Metaphorically talking, the cave is in England, and he believed that the Catacombs of Rome could be the source of the legend.

In Tunisia, we can hear another version of the story. The mosque of Chenini is called the Mosque of the Seven Sleepers and it is supposed that they were buried in this place.

Some very big tombs, about 4 meters are the sleepers’ tombs, because in the Tunisian version during the sleep they grow up and became giants.

Another place in Tunisia where the cave could be located is Tozeur, Mides according to Abu Salim Al Ayyashi, a traveler.

Also in Algeria in Azeffun the sleepers are seven shepherds who fell into the cave trying to hide from the persecution of Decius and they slept for 40 years. When they awoke they tried to pay with old coins in the city and like this, they realized that the world changed.

Even the duration of the sleep is not certain but one thing we know… something happened there.

For the story to be alive in both Islam and Christian religion, and in so many places of the world, people believe that the sleepers were there, in my opinion, something is true from this story.

I think that a tale is not possible to rise from nothing real and to be so… known worldwide.

So I would really like to know what you think, what is your version of the legend? 🙂

Any comments are welcome and I will answer any questions you have.

Thanks for reading and I hope you enjoyed this information