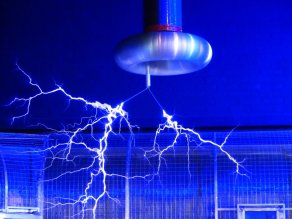 Hello, again today :). What will I try to do now? I will try to make quantum tunneling explained with as simple words as possible. There are no actual very simple ways to explain this phenomenon, but I will try to find a way to help you to understand it. As I said in a previous post, Dr. Anderson said that this could be one way of time traveling that is available for our technology.

What is quantum tunneling? 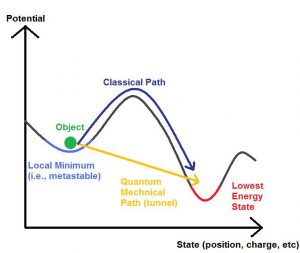 It is a part of quantum mechanics, a branch of physics. Electrons have wave-like properties and they can pass through impenetrable barriers. This is the phenomenon called quantum tunneling.

Quantum mechanics says that electrons can behave like waves and also like particles. They can pass an energy barrier if it is thin enough, so to make it more simple, particles can pass through walls, doors if they are thin enough.

Quantum tunneling plays an important role in nuclear fusion in the sun, flash memory for the computers and scanning tunneling microscopy.

What about time traveling, with the help of this technology?

What is Dr. Anderson’s theory? If there is a proper wavelength and the right tunneling barrier, it makes it possible for signals faster then the light to pass through. They can travel backward in time.

This possibility of tunneling was discovered in 1927 by F. Hund and now,  the quantum physicists from Massachusetts Institute of Technology thinks that it is possible to create a time machine that will not be affected by the grandfather Paradox, traveling in the past.

If you are not aware of this, scientists are already able to transport particles from one place to another with this technology, but it is possible for particles to travel in the past and in the future. So if yes, can it be also for humans?

Seth Loyd claims that using the same principles like in teleportation and also post selection (a quantum effect), it is possible to take the quantum teleportation effect backward, in reverse. 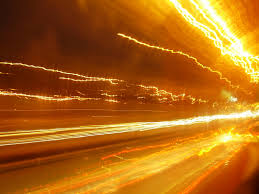 So if you combine post selection with teleportation, which is a quantum behavior of the particles, we can build a time machine, said Seth Lloyd. Teleportation, in simple words is to send or reproduce at a certain point in space (or in this case and in time) a quantum state that existed before in another place. If this process can happen in reverse we can have time travel backwards in the past. But the post selection shows that only certain states can be teleported. This is a nice theory, a way to time travel that will avoid grandfather paradox, but more details about Lloyds time machine in another article if you are interested.

Some scientists wanted to simulate time travel using particles of light, sending them in the past and bringing them back to their space – time and place. These particles were acting as quantum particles. So scientists decided to find a way to combine general relativity and quantum mechanics.

They used a single photon for the experiment and the time travel was simulated by a second photon playing the role of a younger or older self of the first photon.

As we said, the particles of light the scientists from the University of Queensland used in the experiments are called photons. In this experiment, they wanted to see how the photons behaved while moving through space and time.

What do we know now? 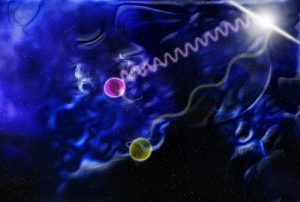 Particles can pass through a wall, and electrons that are bound to an atom can sometimes escape. This is what we call quantum tunneling.

This process is possible because of the fact that particles can behave like a wave.

Physicists at the Israel’s Weizmann Institute of Science led by Dror Shafir, used a laser light to reduce the strength of the energy barrier that in normal conditions would trap the electron in a helium atom. So the electron found its way and tunneled through the barrier, but the laser also brought the electron back after the tunneling.

We also know that electrons tunnels in a very short time, less than a few hundred attoseconds.

What do scientists say?

A physicist from the Leinz Universitat Hannover in Germany, Manfred Lein said ‘Electrons are described by wave functions that extend smoothly from the inside to outside of atoms – part of the electron is always outside the atom.’

So to measure this, the researchers used the laser to push the electron away, avoiding his recombining with the atom.

This was the first time when the theories became reality and they knew exactly the time needed for tunneling. 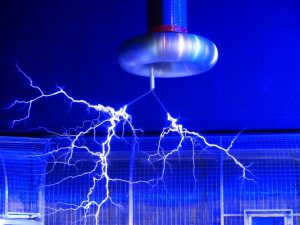 Dudovich said also ‘We know this phenomenon initiates many fast processes which are very basic in nature. So we can think of this as we really measured the first step in many processes in nature.’

I think that all these things are a big step to time travel for humans, and quantum mechanics will solve the time travel mystery. Maybe today only particles can time travel but I am sure there will be a way to make it possible for us soon. Our scientists are making progress every day and from the 10 ways of time travel that Dr Anderson talked about, Quantum tunneling is one of the closest to our technology. I just can wait for the big step and for sure I will back for updates 🙂

Thanks for reading and if it is something you want to ask, you are welcome to leave me a comment.

And before I leave, I think you would like the posts below:)