What Was The Nazi Bell Time Machine?

A weapon, a scientific experiment or…what else? The Nazi Bell  Time Machine was a weapon, a technological device named also ‘Die Glocke’ in  German language.

The Nazi Bell was a scientific experiment done by some brilliant scientists in the Second World War working for the SS in ‘The Giant’ (as it was called), a German facility near the Wenceslas mine. 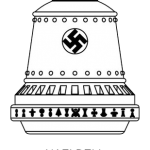 It was actually a device made of a heavy metal, and Hitler believed that with the help of The Bell he would win the war.

The Bell was 9 feet wide and 12 feet in height. When it was activated, The Bell emitted strong radiation and some scientists and various animals and plants (research subjects) died. Of course, those were top secret experiments and Hitler never told the victims families the real reasons for their death.

When was it first introduced?

The first time we could read about The Bell was in the book ‘The Truth About The Wonder Weapon’ written by Igor Witkowski. He said that a Polish Intelligence Official showed him classified documents in 1997

Witkowski claims that near Wenceslas mine we can see the ruins of a metal framework named The Henge, which served in an anti-gravity propulsion experiment, done with the help of The Bell.

Now, what exactly was The Henge? It was the structure that was supposed to keep The Bell during the experiments.

A Few Extra Pieces Of Information

Great minds of the time were working on anti-gravity theories and apart from the Giant Bell they built the two famous rockets V1 and V2. V2 was the first rocket that went into space, leaving the earth’s atmosphere.

Adolph Hitler was a time travel fan:). He had a passion for everything that had to do with paranormal activity and with the time travel concept.

As we know now, time travel in the past was difficult to be mastered, but some scientists proved that time travel in the future is possible. We also know that one of those great minds was Albert Einstein who lived in Germany before the Wold War 2 but then moved to America. Was this just a coincidence?

How did it work?

The Bell’s power was generated by metals such as Thorium, Mercury, and Beryllium. A high-frequency power and rotating magnetic fields combined with the energy generated by those liquid metals had a great result: the most powerful weapon.

When active this Bell was supposed to generate wormholes and in this way, scientists were able to transport objects through space and time.

Physicist John Weeler claims that wormholes appear in anyplace, anytime and he explains his theories in ‘quantum foam hypothesis’.

Inside this device in the shape of a bell were 2 contra-rotating drums in which were spun mercury. In the flask between the central axes were located in a jelly form, Thorium, and Beryllium. Thorium was found in Silesia closed to the place where The Bell was located.

Dr. Ernst Nagelstein in 1944 in Switzerland on 2 November told to an OSS agent, that Auer was refining Thorium. Thorium was not used for any purpose until that time but he also said that with the help of Thorium or Uranium, Otto Hahn was working on an atomic bomb.

In 1944 when the Allies went to Normandy, tons of Thorium was shipped from France. One thing I can’t answer. What was the purpose of such a huge amount of Thorium in such a short time? 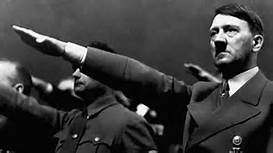 There are ‘stories’ about a U F O crashing in Germany in the Black Forest in 1932 and the Nazi military that transported the craft to a secret location. Are this only rumors or were the Germans helped by alien technology?

Another rumor was that Einstein finally worked for the American Government and this is how the Germans lost the war.

What happened to the bell?

Of course, everything I say here are just rumors – hypothesis. We don’t have the real answer to where The Bell is now and what happen to it and…if the Nazi’s actually did travel in time.

We will first look into something that happened 20 years after the war, on 9th December 1965, in Kecksburg. Thousands of people saw a fireball dropping metal debris and starting fires. Eyewitnesses reported an unidentified flying object which crashed into the Kecksburg woods. They claimed that the mysterious object had the shape of an acorn, similar to the Nazi Bell. Of course, the US military came very fast, ordered people leave the area and took the crashed craft. The next day newspapers said that finally, it was a mid-sized meteor.

After the Second World War, mysteriously the wonder weapon disappeared. What about the scientists working on this project? They were not tried in the Nuremberg trial as we know from declassified sources. More than that, they were pardoned by the American Government.

The scientists were located in America and continued their work under the secret name ‘Project Paperclip’.

A lot of people believe that the bell still exists and it was built for a very evil purpose. Even though not a time machine, it was a very dangerous weapon.

I really don’t know what is true, but I know that The Bell was built by Hitler in the hope to sent soldiers into the past or future, to conquer the world, and to win the war.

I don’t know if the Nazi’s were helped by alien technology, but for sure something went wrong. Otherwise, the world would be very different today, and for sure Germany would win World War 2.

If scientists were able to do these experiments 70 years before, then what could they achieve today when you consider how much developed the time travel experiments are?

What if the scientists working after the War for the American government mastered time travel in the past and changed all our history?

So what was The Bell finally? Was it an atomic weapon? A time travel device?

Tell me your opinions in a comment below, and if you have any other questions I will try my best to give you the answers:).

Nice to have you here again.

For further reading, videos  and other time travel stuff click below and you will find a lot of interesting things.