Einstein and Time Travel – His Theories 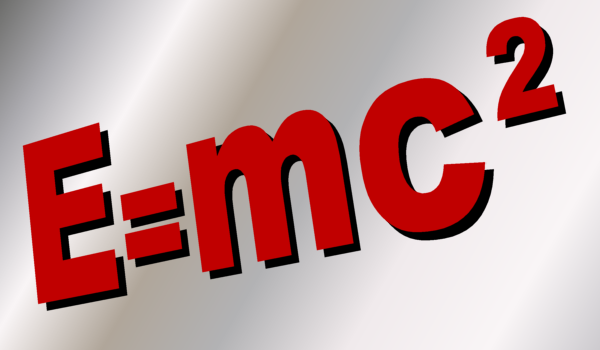 Welcome, and I am very happy to have you here again today 🙂 and talk to you about Albert Einstein and time travel.

Let’s have a look at the scientific part of this subject of time travel. Do you think time travel is just fiction found in movies, books, and games, or could it be a future reality?

We have had some great minds of the century some offered theories, one of them being by the physicist Albert Einstein. So, talking about Einstein and time travel let’s try to understand his theories.

I know it is not a very simple subject but I also think many of you would like to know his ideas, so I will try to explain them as clearly and as simple as I can.

I am not a physicist myself so let’s see in simple terms what Einstein proved with his theories.

The Theory of Special Relativity

First of all, Einstein proved that time is relative; a very different opinion from Newton who claimed that time is absolute. But which one was right? How did Einstein sustain his theory?

His theory says that when you move through space-time at the speed of light, time goes slower for you than for the others.

Travelling with a very fast spaceship, one person would get older by only a few days whereas another who is on the earth, by month or years.

It is said that the faster we travel, the slower time passes.

In 1905, Einstein explained in this theory time-space as a fourth dimension.

To prove this theory, in 1975 Carol Allie made an experiment at the University of Maryland.

Two clocks were synchronized and one was placed on an airplane and another in the laboratory.

When the clock that was placed on the aircraft returned after a few hours of flight, it was seen to be a fraction of a second faster than the clock that remained in the laboratory.

Ok, this is an experiment on a small scale, but what if the clock was placed on a spaceship that flew at the speed of light?

Einstein claims that for a time travel journey to be successful, you would need to be able to travel at the speed of light.

Another theory of this great physicist was that time passes slower for objects in a gravitational field than for an object which is far from such a field.

So here we have black holes, where the gravity is intense.

Kip Thorne (University of California) claimed that wormholes do exist in space and that they are shortcuts to the past. If two wormholes are connected, it could make a passageway to the past or future.

Of course, the concept of gravity was discovered by Newton, but Einstein was the one who explained what causes the gravity. He said that stars and galaxies bend (curve) space and time, so gravity is a bending of space and time.

His theory was confirmed in 1919 when during a solar eclipse, astronomers measured the curving of starlight around the Sun.

One more time in 1922, during another sun eclipse confirmed Einstein was right and he became famous worldwide.

Even today flights are based on his theory.

Researchers today say that they have detected gravitational waves coming from two wormholes that crashed together, located at a distance 1.3 billion light years away.

Physicists say that it is difficult to succeed in time travel because, in our world, the laws of physics are not pushed to the limit, but if we could break these rules, time travel would be possible.

Many physicists have tried to violate Einstein’s theories or to ‘break the rules’.

Marian Scully, Lijun Wang, Gunter Nimtz, and Alfons Stalhofen are some of those names who claimed that they have succeeded in violating these theories.

The last two, at the University of Koblenz, transmitted photons at a speed faster than the speed of light, so the photons traveled into the past.

I will not write about each one because it is pure science, physics, and calculus. It would take a mind such as Einstein to understand it.

Based on Einstein theories, the novelist H.G. Wells wrote the novel ‘The time machine’ and physicists think that he was really onto something. 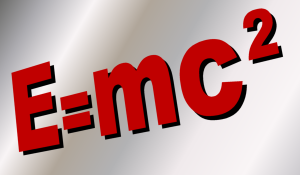 Stephen Hawkins says about Einstein’s theories, that to travel with a speed faster than light is almost impossible, at least in our world, and if time travel will ever be possible the past will make you stop.

The laws of physics are made not to allow us to change the past.

Now, what to think?

Reading so many different opinions I can understand just one thing. Time travel is possible but we need a more advanced technology to break the laws of physics, to use gravity and travel at the speed of light.

Does the past want to be changed?

I understand that it would be really fascinating if we could do this, but maybe this is too much?

David Lewis gives a good example of this talking about compossibility and the ability to change the past.

It is true that changing past events would have many implications, and practically it is impossible.

Lewis gives as an example

Tim, a man that hates his grandfather wants to travel into the past and kill him.

Would it be possible?

If the grandfather is killed when he is young, this would mean Tim’s parents would not exist, so Tim would also not exist to kill him.

If for example the grandfather normally dies in 1993 and Tim goes back to 1955 to kill him, would he?

Considering the present and that the grandfather should live for Tim to exist, (I will not confuse you more), Tim will be stopped from the past to succeed in killing him.

Lewis’s conclusion and exact quote is:

‘Tim doesn’t but can because he has what it takes ‘(clear shot, daylight) and also he believes that if Tim finally tries to do it, everything will stop him, a bird will fly in front of him, the gun will jam or he will just fall every time he will want to shot his grandfather.

This paradox can also be seen in many films.

So what is your conclusion?

Reading all these theories and ideas, what do you really think?

Is time travel possible only theoretically, or if we push a little bit harder on the laws of nature, can we do

I would like to know your opinion and if you have any questions just ask.

I look forward to hearing from you all and thanks for reading.